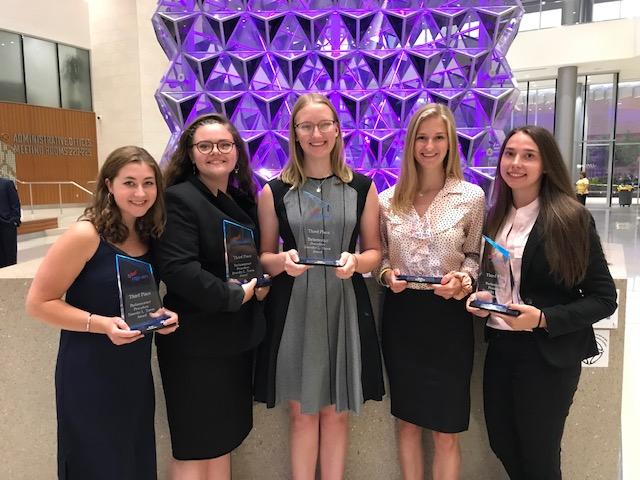 The students had the opportunity to see the Alamo, take a tour of the city via the famous River Walk, and attend a rodeo.

Once the conference actually began, the students competed in their events.  The team of Allison Mattern, Darlene Black, Jill Dudley, Abby Gogolski, and Sydney Peet captured a third-place national award in Parliamentary Procedure.  Each girl had to take a 100-question objective test covering the rules of parliamentary procedure.  Their scores were averaged. Then, the top 15 teams advanced to the final round where the students were given a specific problem and asked to conduct a chapter meeting incorporating the problem.