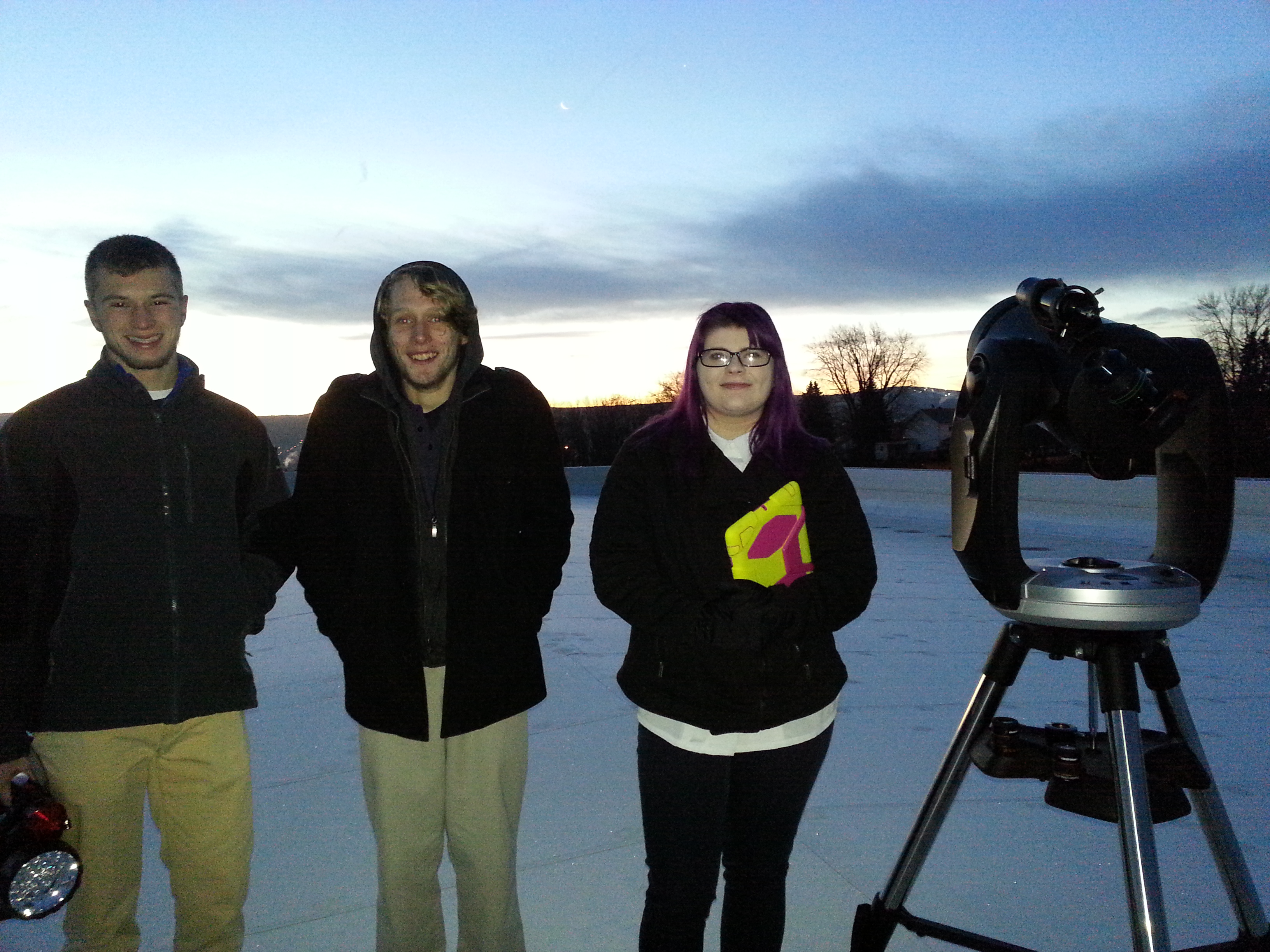 The technology club recently braved the cold weather to observe several of our solar system’s planets in the early morning sky on top of West Scranton High School. In the predawn hour on January 7th, students were able to look through a telescope and get a close-up view of Venus, Saturn, Mars, and Jupiter. Pictured are West Scranton students Brian Martin, Brelen Holden, and Morgan Fyock.

Students also took the time to spot various constellations on the crisp, clear morning. Still to come, the technology club hopes to have some more clear mornings to be able to see the addition of Mercury to make 5 visible planets in the sky at once – something that has not happened in 10 years! In the future, they also hope to be able to observe the transit of Mercury on May 9th. During the transit, Mercury appears as a tiny dot slowly gliding across the face of the sun. Members of the club will be able to safely view this with the school’s solar telescope.