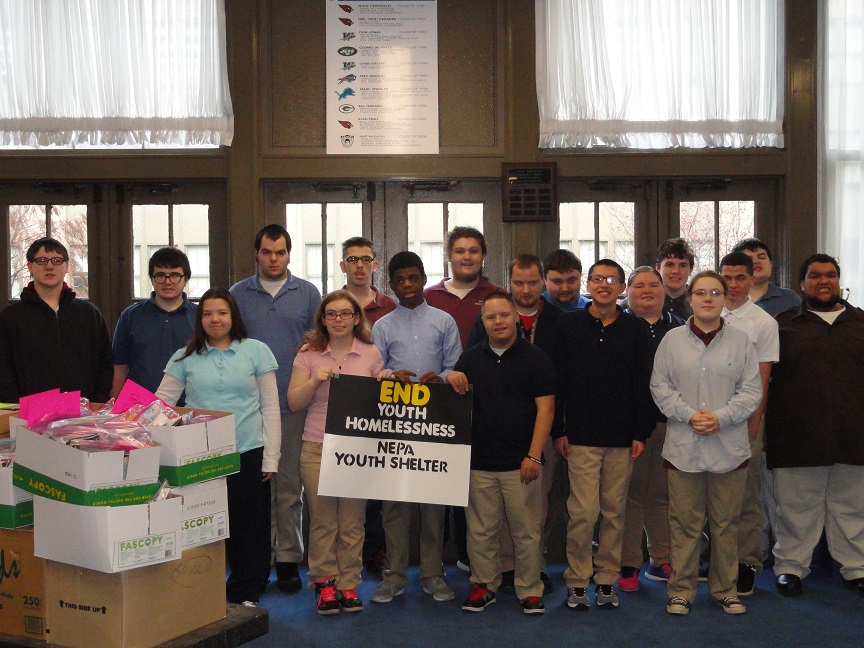 On Wednesday, January 26, West Scranton High School donated several boxes of items that were collected in support of the new NEPA Youth Shelter.  The items were used to create more than 100 care packages which were handed out during a recent census of homeless and displaced young adults at the United Neighborhood Centers facility on Cedar Avenue.  The census, spearheaded by the Communities of Concern (COC), a collaborative group made up of several local nonprofits, counted the local teens who attended the event.  The number of that tally will be used to request financial support to help as many local teens as possible.

The care packages from West Scranton were assembled by our life skills and autistic support classes.