The West Scranton Football Boosters hosted their annual Football Banquet on January 27, 2013 at the Radisson Hotel in Scranton.  The banquet was held to honor the West Scranton football team.  All players, including the freshmen team, were awarded gifts.  Senior members received portraits drawn in pencil by West Scranton art teacher Mrs. Anne McNally.  They also received a helmet trophy and a warm-up suit.

Seven seniors were given special awards: 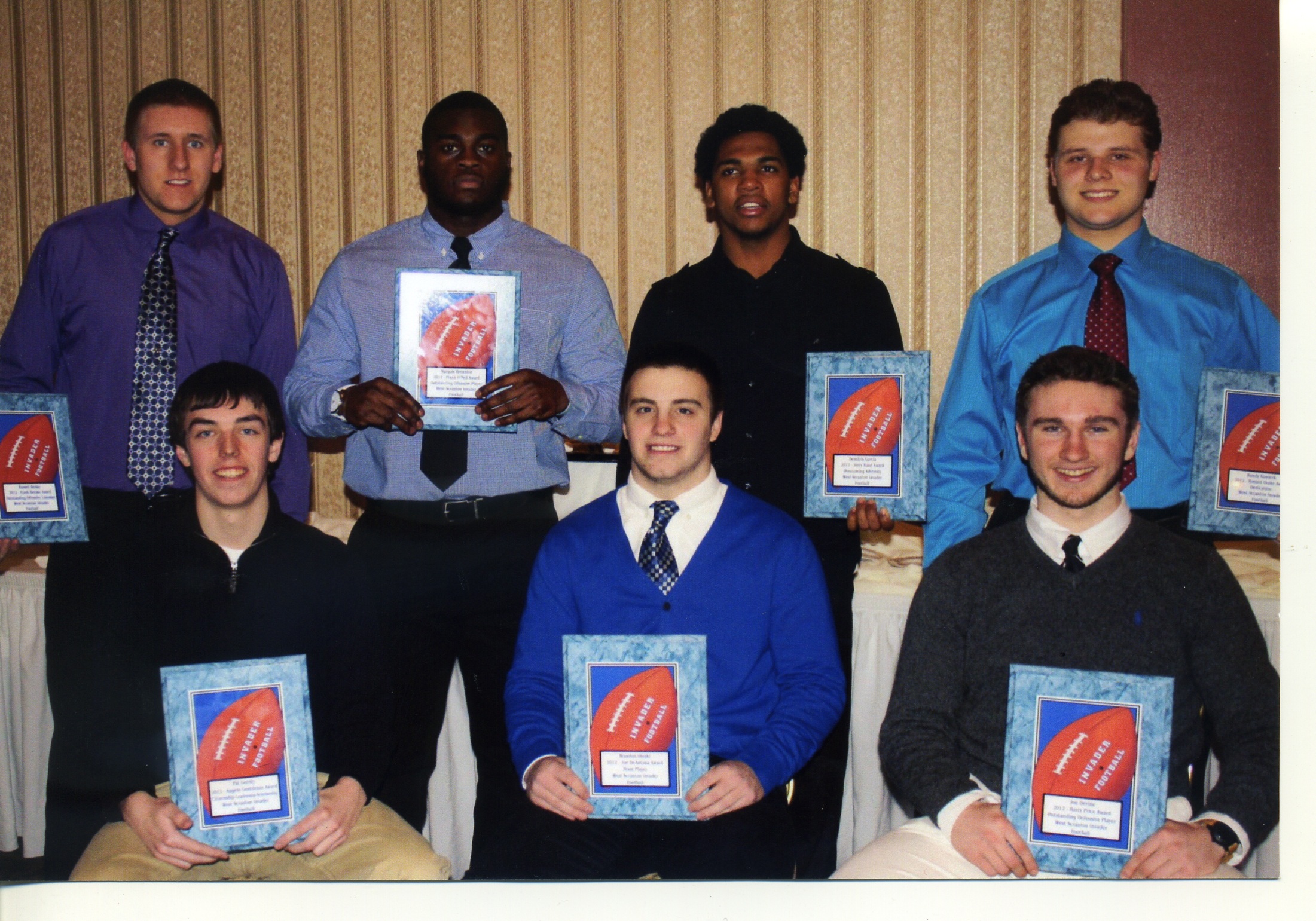 Brandon Oleski – the “Joe DeAntona Award” for being the best team player.

Marquis Brownlee – the “Frank O’Neill Award” for outstanding offensive play.  Marquis rushed for 1056 yards in his only year of varsity football.

The West Scranton coaching staff and football team would like to thank everyone who worked so hard all year long to raise money to make this wonderful affair happen.  Our booster club helps the team all season, supplying Gatorade, power bars, and lunch during double sessions, along with many other tasks.  Their support is greatly appreciated.