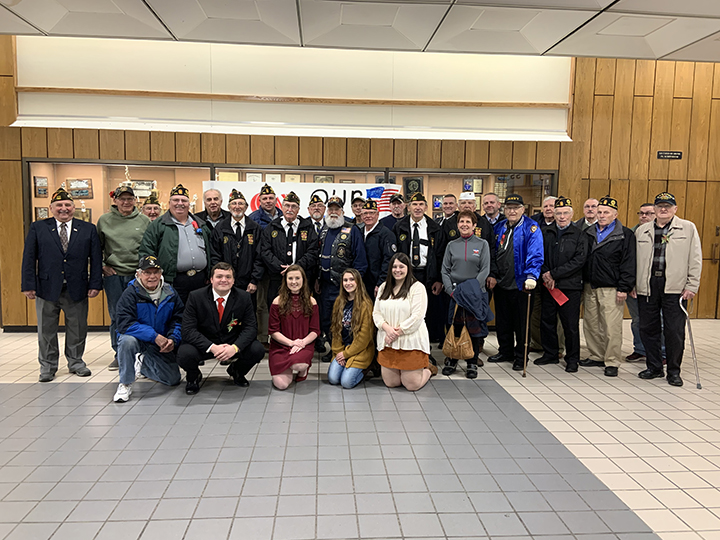 Valley View High School held a Veteran’s Day assembly on November 8th to honor all of our local veterans. There was a luncheon provided for the veteran’s followed by an assembly in the auditorium. Our chorus, Voices of the Valley, Keynote speaker Clyde Brown, and history club officers honored the veterans with music, honorary introductions, and moving speeches. A donation was presented to Bob and Sylvia Tagert, representatives of Equines For Freedom. Equines for Freedom is a nonprofit organization treating active and former military personnel who are experiencing symptoms of Post Traumatic Stress Disorder. A donation of $1,000 was made to the organization. The donation was raised from Veteran’s Day t-shirt sales throughout the district.