Nick Guerra did his project on The Effects of Acetaminophen and Naproxen on Aquatic Ecosystems.  He placed first in ecology and will advance to the state competition at Penn State University’s main campus in May. 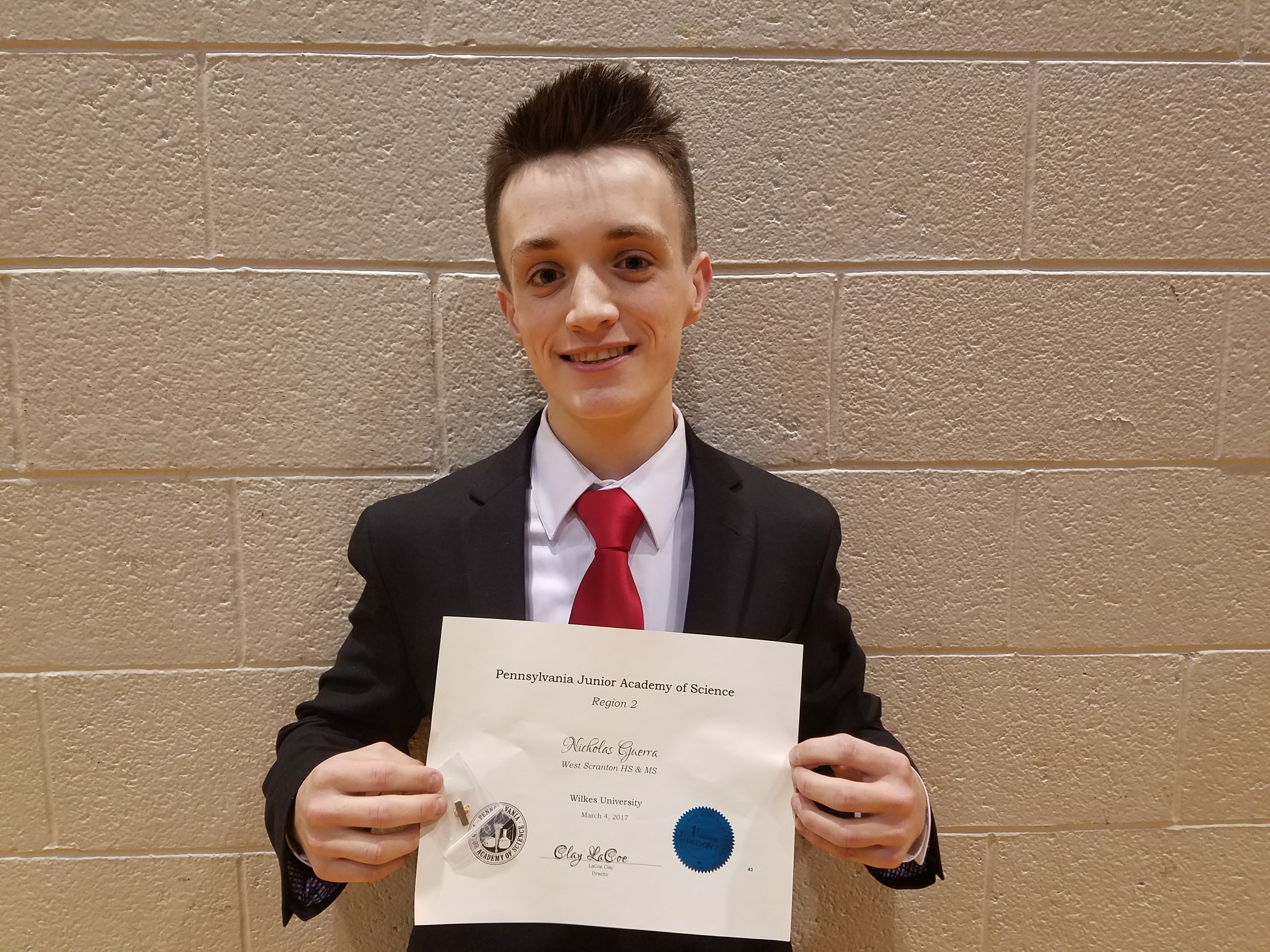 Antonio Pugliese also earned first place for his project, Using a Laser to Measure Salinity: Creating a Scale to Predict the Unknown Amount of Salt in a Solution.  He placed first in physics, and will also advance to the state competition at Penn State University’s main campus in May. 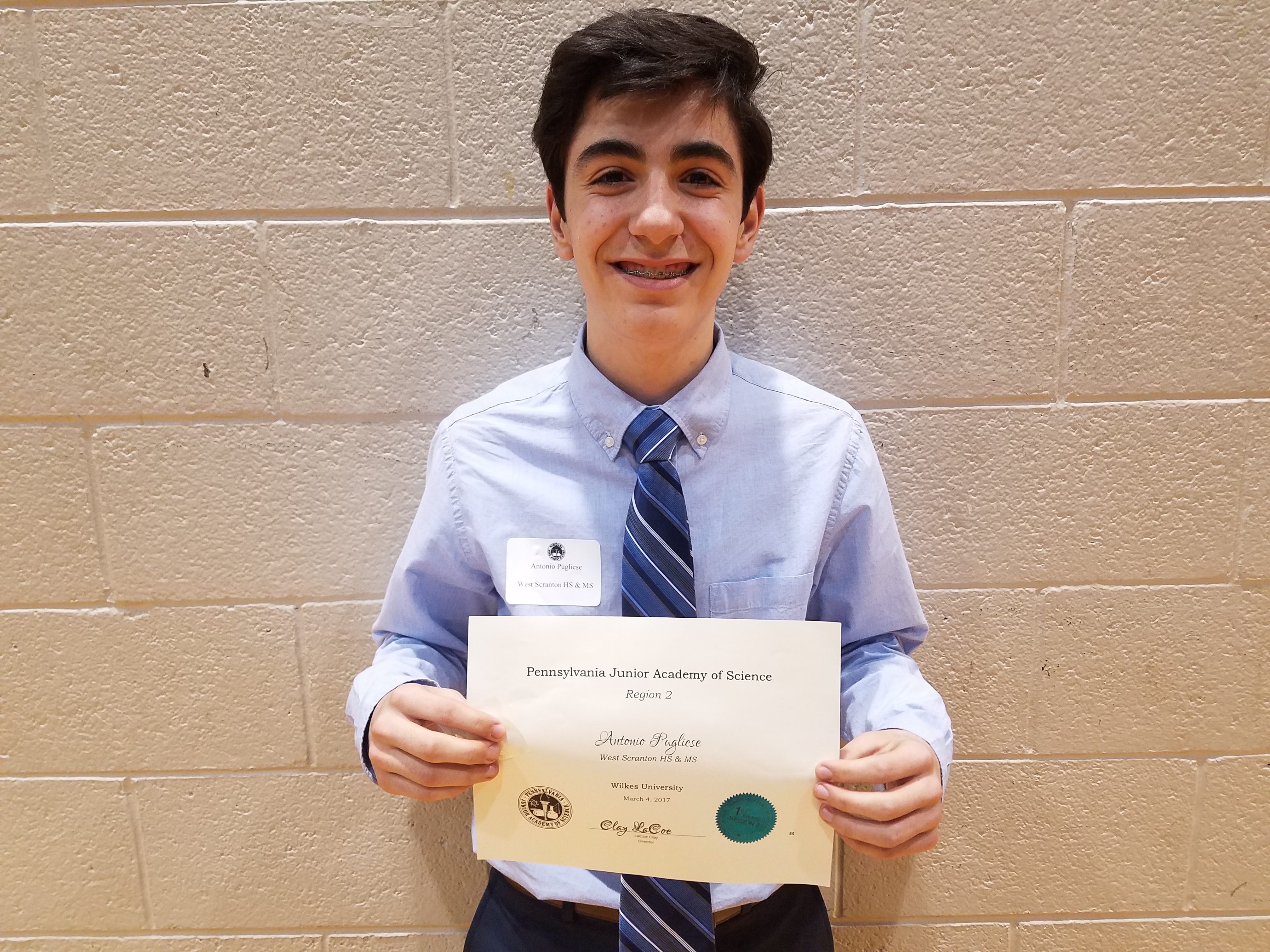 Jose Cazares’ project was called The A-maze-ing Slime Mold.  He investigated the ability of a Physarium to find its way through mazes.  He placed second in microbiology. 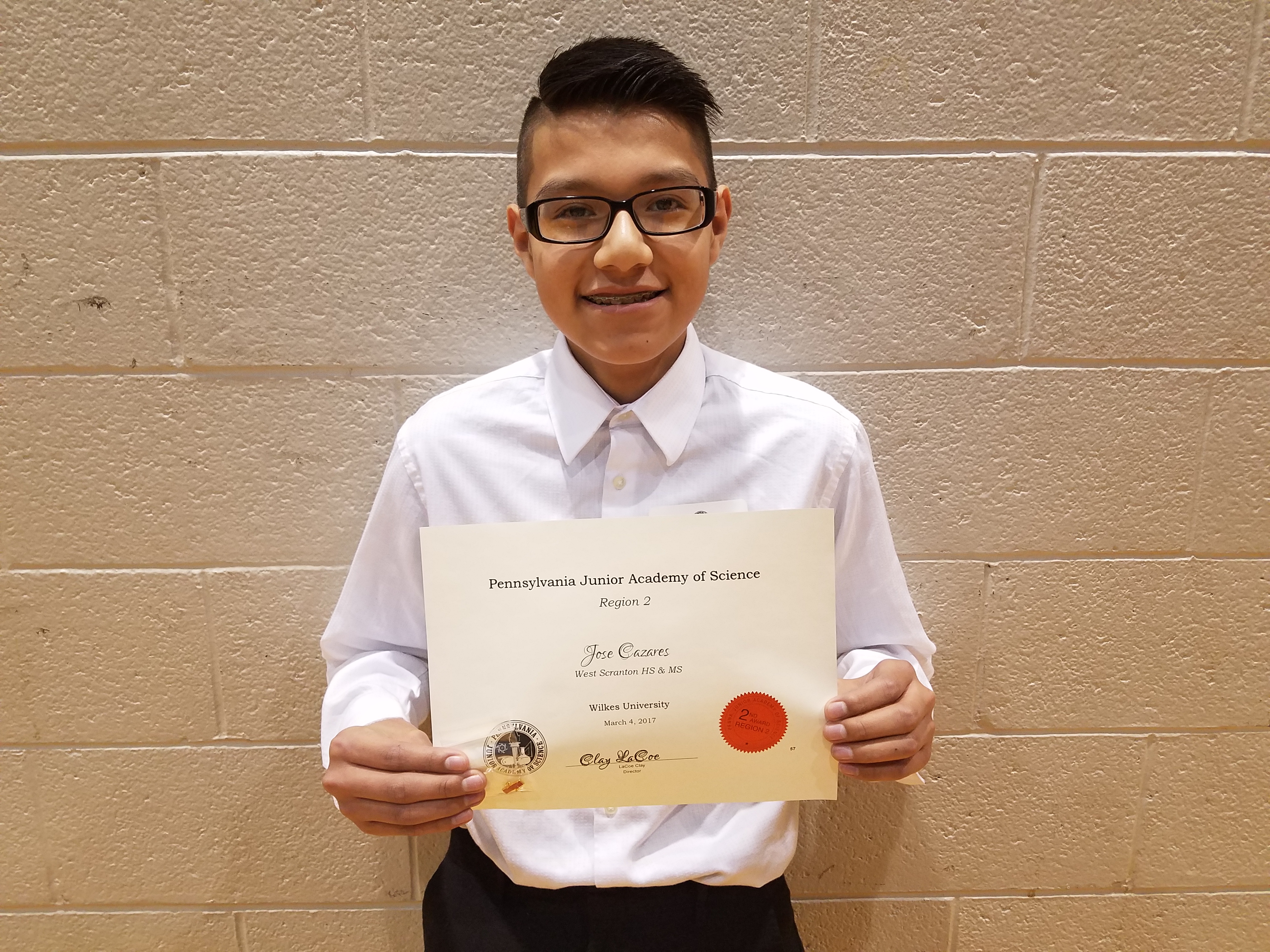