The 106th Annual “Backyard Rivalry” featuring the Mahanoy Area Golden Bears & the Shenandoah Valley Blue Devils will take place Friday evening at Alumni Field located in Mahanoy City. As stake will be the coveted Anthony Damato, & Jerome Szematowicz Trophy which honors hometown heroes who were killed in the Second World War. As a prelude to the game the Rotary Clubs of both Mahanoy City & Shenandoah sponsor a banquet for the coaches and the senior players of each team who were presented with special participation plaques. 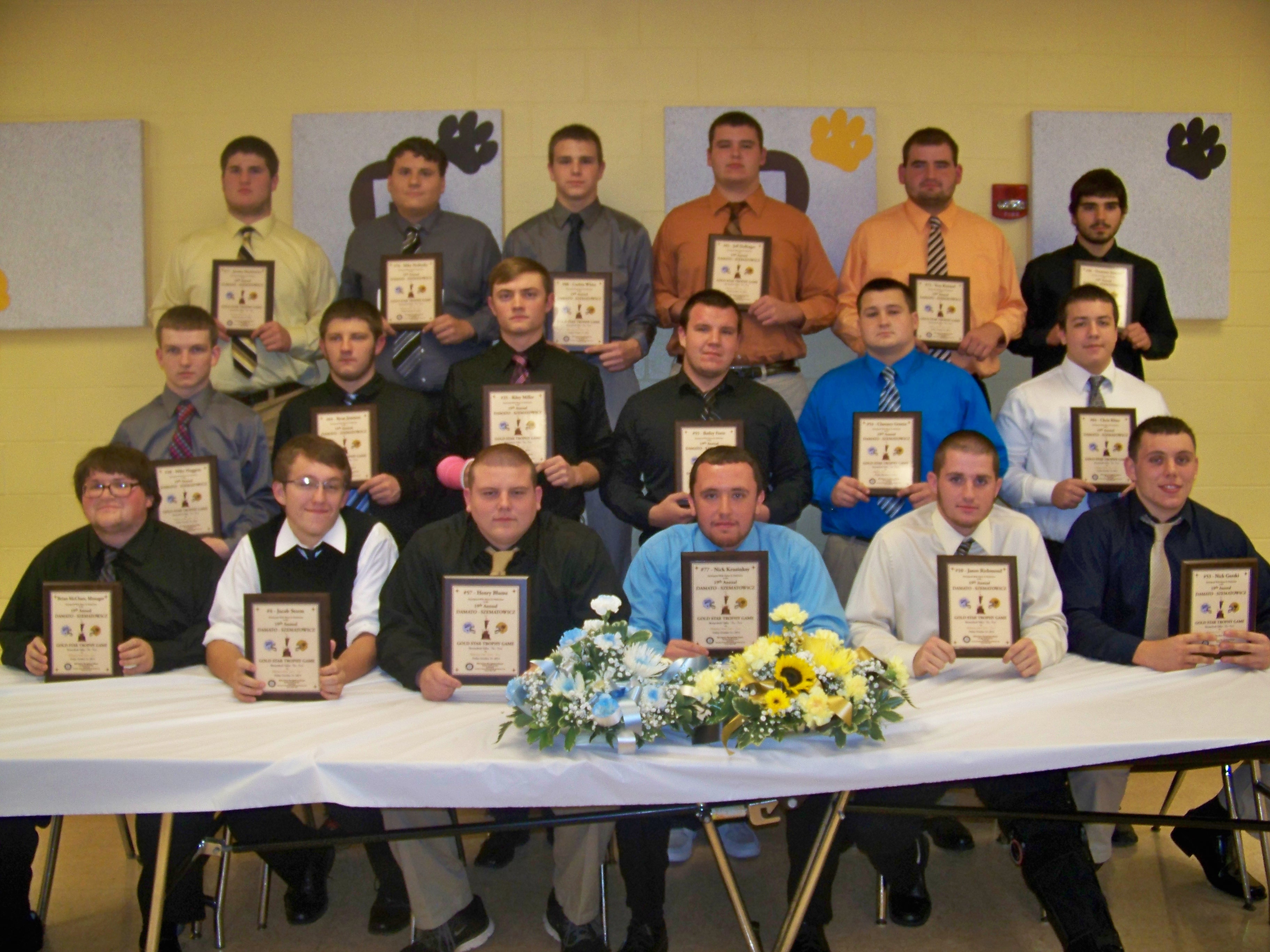