Shown in the photo are cast members of  this year’s Shenandoah Valley Drama Club production of ”The Producers” who were named nominees and winners of this year’s Majestic Theatre  Awards. 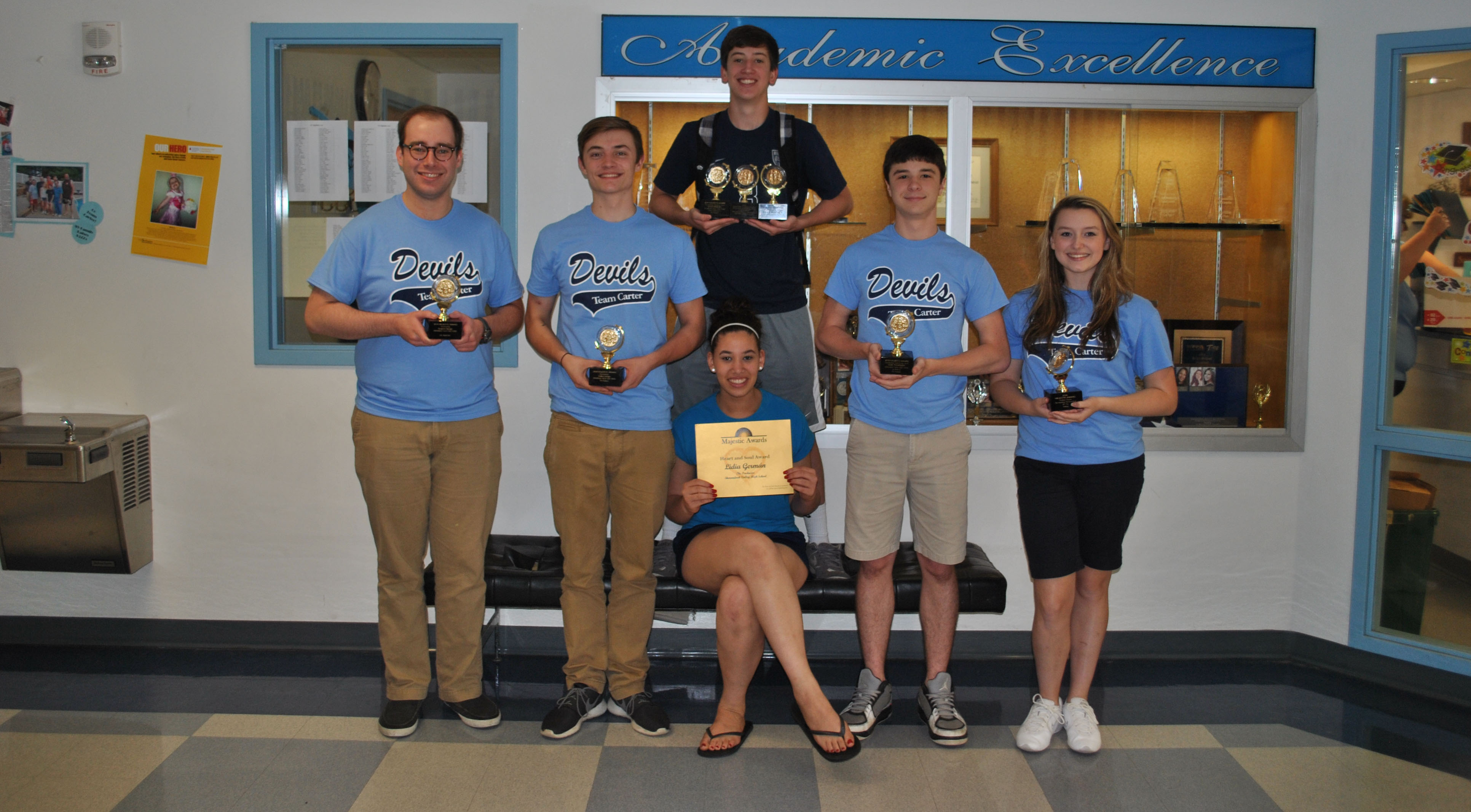