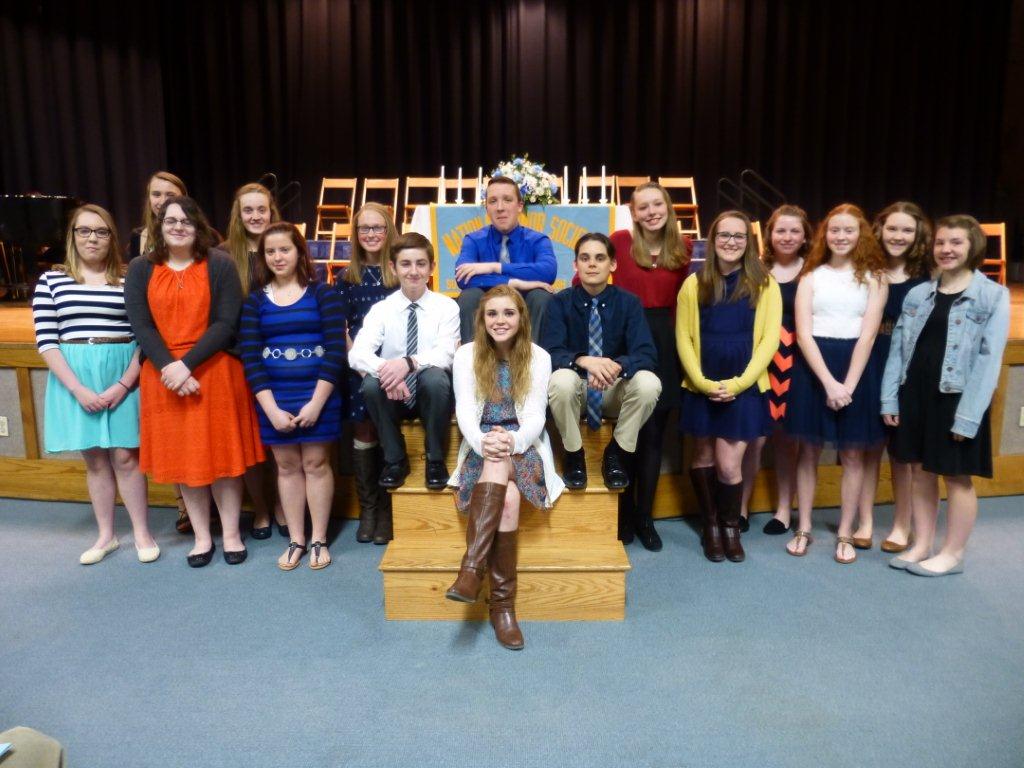 On April 7th, 2016, Susquehanna Community hosted their annual National Junior Honor Society ceremony in the high school auditorium. This is specifically for students in grades 8 and 9 who have earned a cumulative grade point average of 93 or higher since 7th grade. There were a total of 16 students who were inducted. Students who had active speaking roles during the presentation were: Devon Dubanowitz, Lia Heath, Rhiannon Potter, Kaylee Landry, Angel Bieloski, Chloe Tinklepaugh, and Emily Fremberg. The guest speaker for the evening was Dori Spencer, a current computer and business teacher at the high school. Mrs. Spencer spoke to the students about taking pride in their accomplishments and not emphasizing about the number grade. She challenged them to get involved, be inquisitive and be active learners in the classroom. Garrison Kiernan was the pianist for the evening. Afterwards, students and their families had a light reception in the cafeteria.