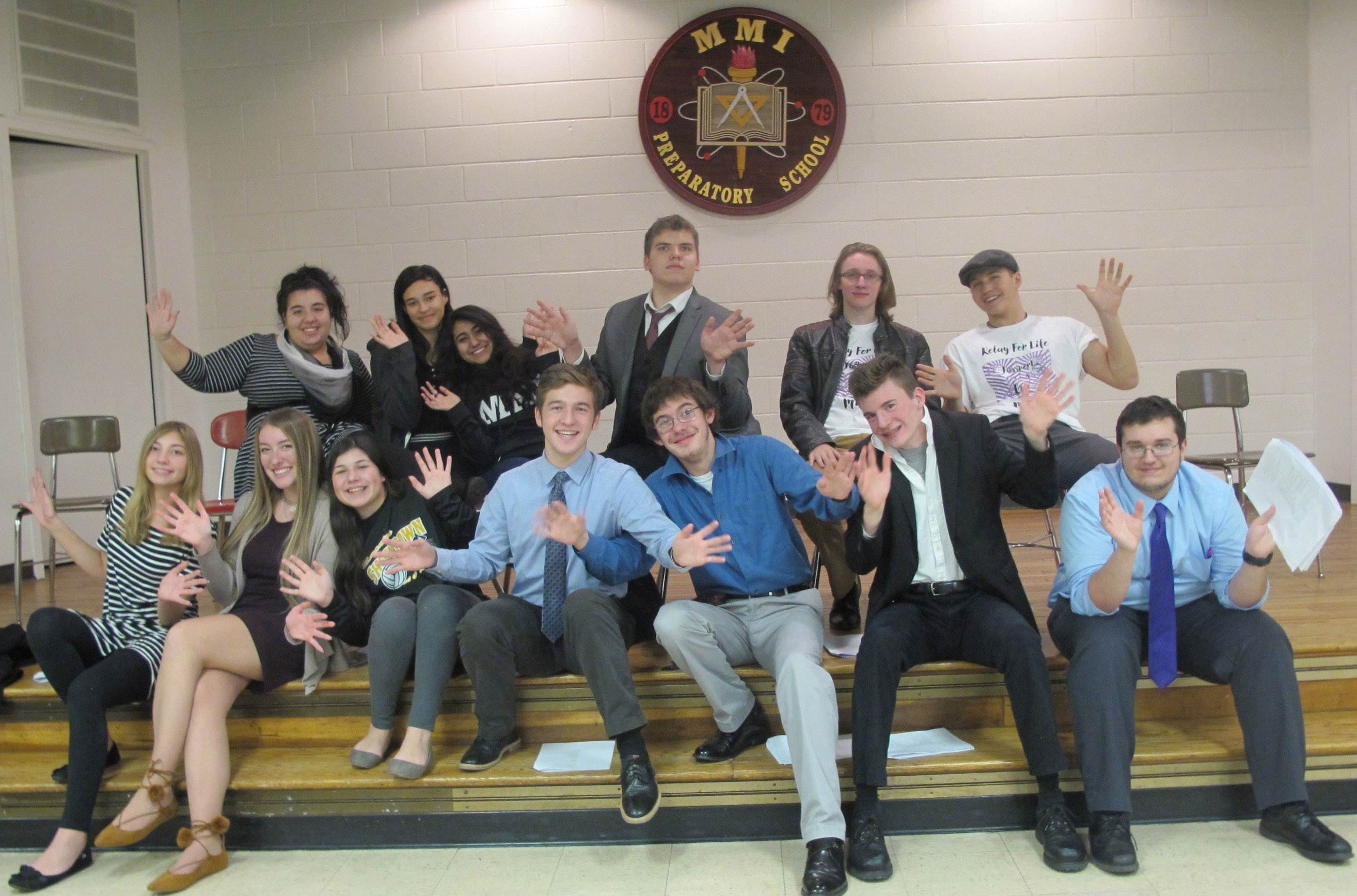 (Freeland, PA – November 29, 2017) – MMI Preparatory School’s Upper School Drama Club will present three one-act comedies during its annual An Evening of One Act Comedies on December 8 and 9 at 7 p.m. in the MMI cafeteria.

All tickets are general admission only and seating is limited. Tickets are just $5 and are available at the door the night of the show or any time before the performance at the MMI Main Office.

The Upper School Drama Club students will perform How to Succeed in High School without Really Trying by Jonathan Rand, where a group of students reveal their tips and tricks to making it through high school, from legally changing your name to get around roll call, to identifying a math partner; Bad Auditions by Bad Actors by Ian McWethy, where a casting director has one day to find the leads for a community theatre production of Romeo and Juliet.  Join her as she winds her way through an obstacle course of method actors, divas, and a cat(?) to find the perfect acting duo.; and Game of Tiaras by Don Zolidis, which showcases the aging king of a magical kingdom who decides to split his realm between his three daughters –Cinderella, Belle and the Snow Queen (who in no way resembles a copyrighted character) – and the terrible, hilarious tragedy that ensues. Borrowing from King Lear and Game of Thrones, this one act will leave you dying with laughter.

For 138 years, MMI Preparatory School has been providing dedicated area students with a comprehensive and inspiring 6th through 12th grade college preparatory program that maximizes each individual’s academic, social and character potential in preparation for success in college and beyond. The school is accredited by the Middle States Association of Colleges and Schools Commissions on Elementary and Secondary Schools (MSA-CESS).  MMI is a school where every student can reach their full potential: academically, ethically and socially.  For more information about MMI Preparatory School, visit www.mmiprep.org or call 570-636-1108.