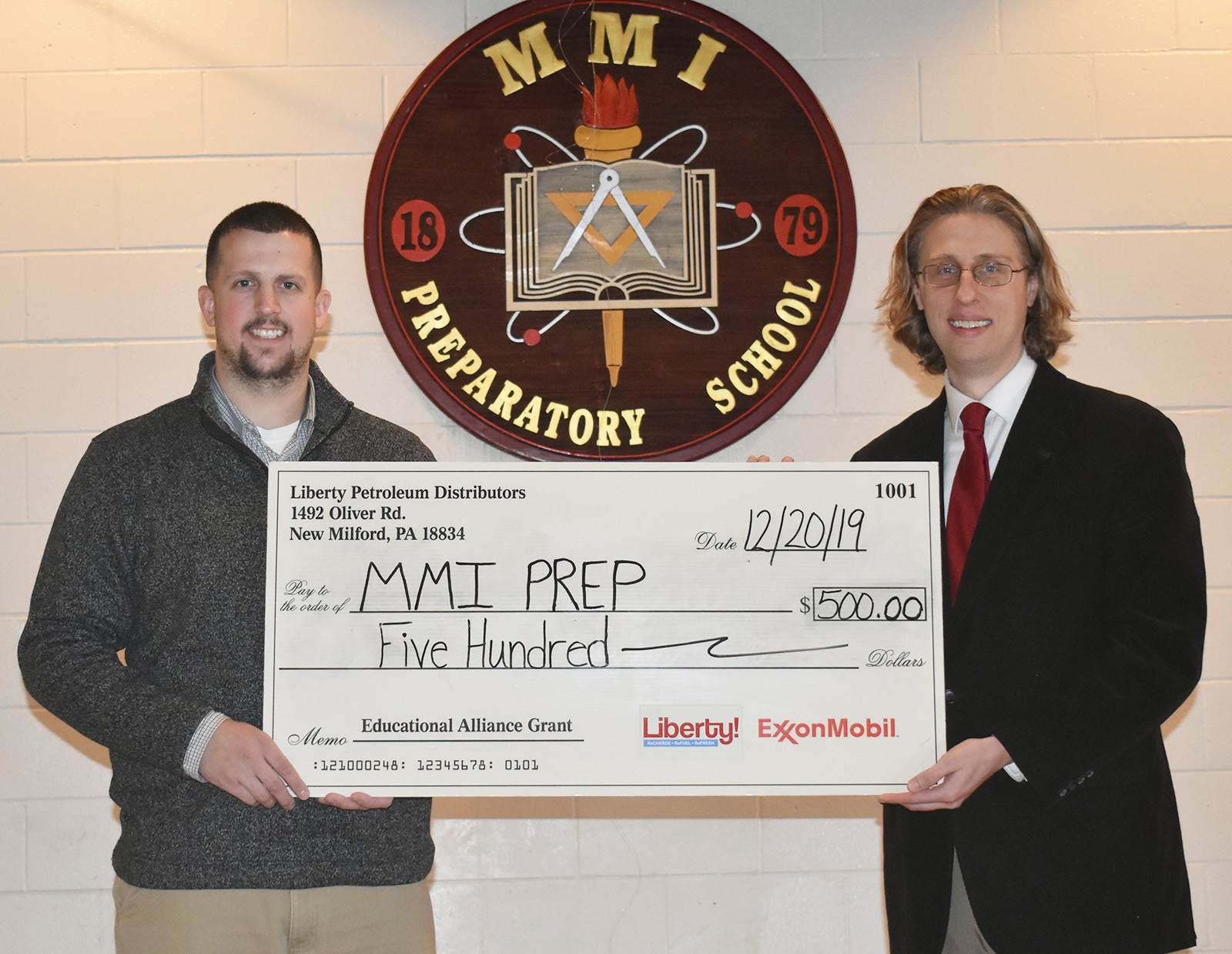 MMI Preparatory School received a $500 grant from the ExxonMobil Foundation that the school will use to purchase a new 3D printer for the science department. Liberty Petroleum Distributors nominated the school for the grant.

MMI purchased its first 3-D printer in 2015 following a donation from the Eschenbach family. That same year, the school used ExxonMobil grant money to purchase a form scanner and the associated software for the printer.

Throughout the past four years, MMI students have used the printer to complete a variety of projects, including reproducing ancient artifacts for a mid-school history class, modeling and printing trigonometric equations for an upper school mathematics course, virtually building and then printing models of molecules and anatomic structures for chemistry and biology courses and designing and building components for robots in the robotics and engineering classes.

Michael Mele, chair of the MMI Science Department, said, “We are fortunate to have the opportunity to purchase a new 3D printer through this grant.  This printer will allow our students to experiment with new technology and see the many ways the science of 3D printing can enhance our world today.”

Since the program’s inception in 2011, MMI has received more than $6,000 in ExxonMobil grant money through Liberty Petroleum Distributors. The funds helped the school purchase several items for its math, science, and technology departments, including a digital incubator and complete a collaborative project between the Marine Biology and Robotics classes where students worked toward building Remotely Operated Underwater Vehicles (ROVs).

The ExxonMobil Foundation is the primary philanthropic arm of the Exxon Mobil Corporation in the United States. The foundation has a strategic focus supporting education with an emphasis on math and science, promoting women as catalysts for economic development, and ending deaths from malaria. According to its corporate website, the ExxonMobil Foundation focuses on math and science education because they are the universal languages of the global workplace and critical tools for success in today’s high-tech world.