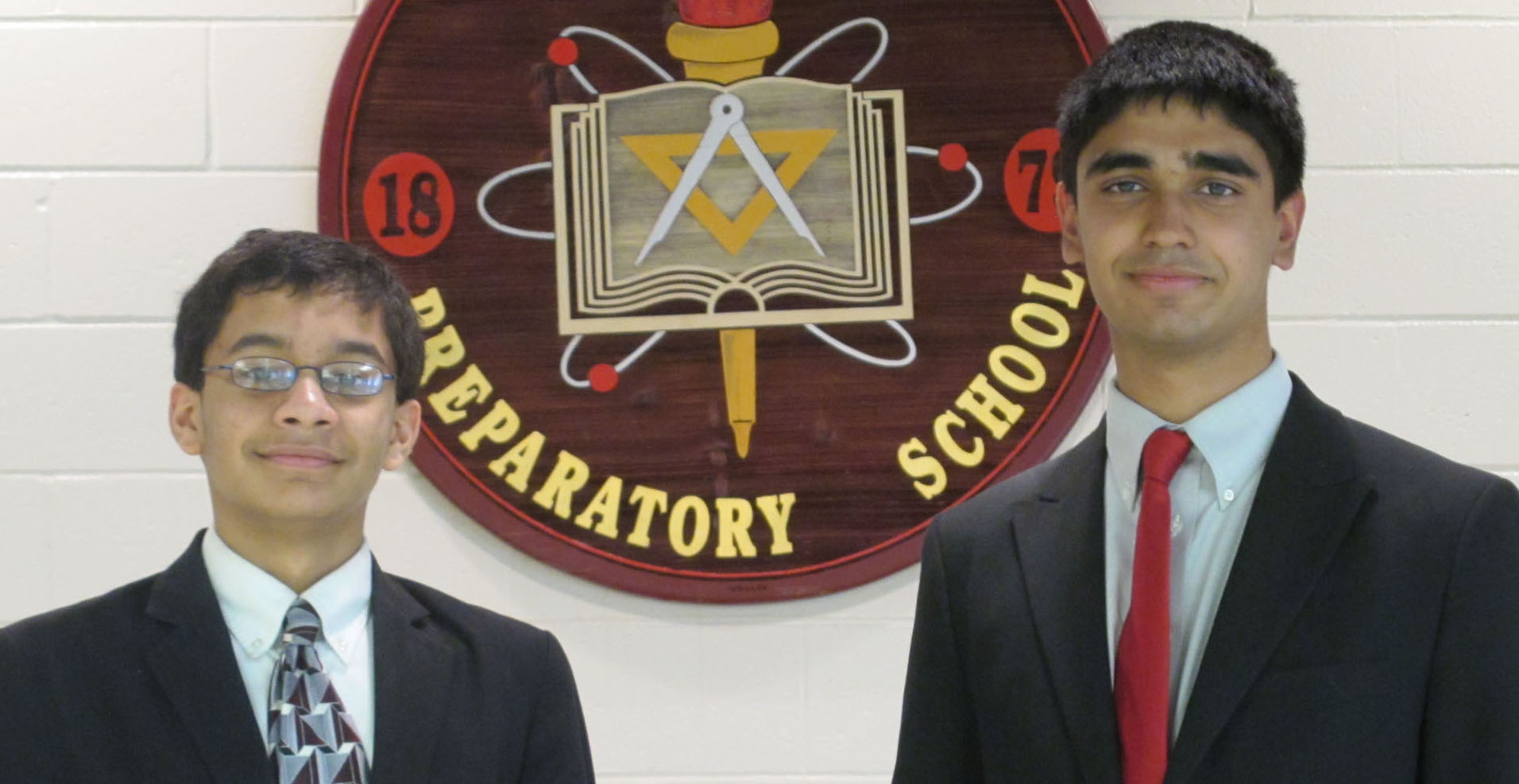 The annual contest is sponsored by the Math and Computer Science Club, iMACS, and was held March 21 in Marywood University’s Liberal Arts Center. The one-hour test consisted of 40 problems of gradually increasing difficulty, excluding calculus. Calculators were not allowed, but students were permitted to use a language dictionary in special circumstances.

Prizes were awarded to the students with the top three scores in the level. Chowdhury, the son of Bhaskar and Saumitri Chowdhury, Hazle Township, won a $100 prize and Aijaz, the son of Fakhruddin and Dr. Naghma Aijaz, Mountaintop, received a portion of the 3rd place prize money.

For over 130 years, MMI Preparatory School has been providing dedicated area students with a comprehensive and inspiring 6th through 12th grade college preparatory program that maximizes each individual’s academic, social and character potential in preparation for success in college and beyond. The school is accredited by the Middle States Association of Colleges and Schools Commissions on Elementary and Secondary Schools (MSA-CESS).  MMI is a school where every student can reach their full potential; academically, ethically and socially.  For more information about MMI Preparatory School, visit www.mmiprep.org or call 570-636-1108.

Pictured are, from left: Ani Chowdhury and Ali Aijaz.