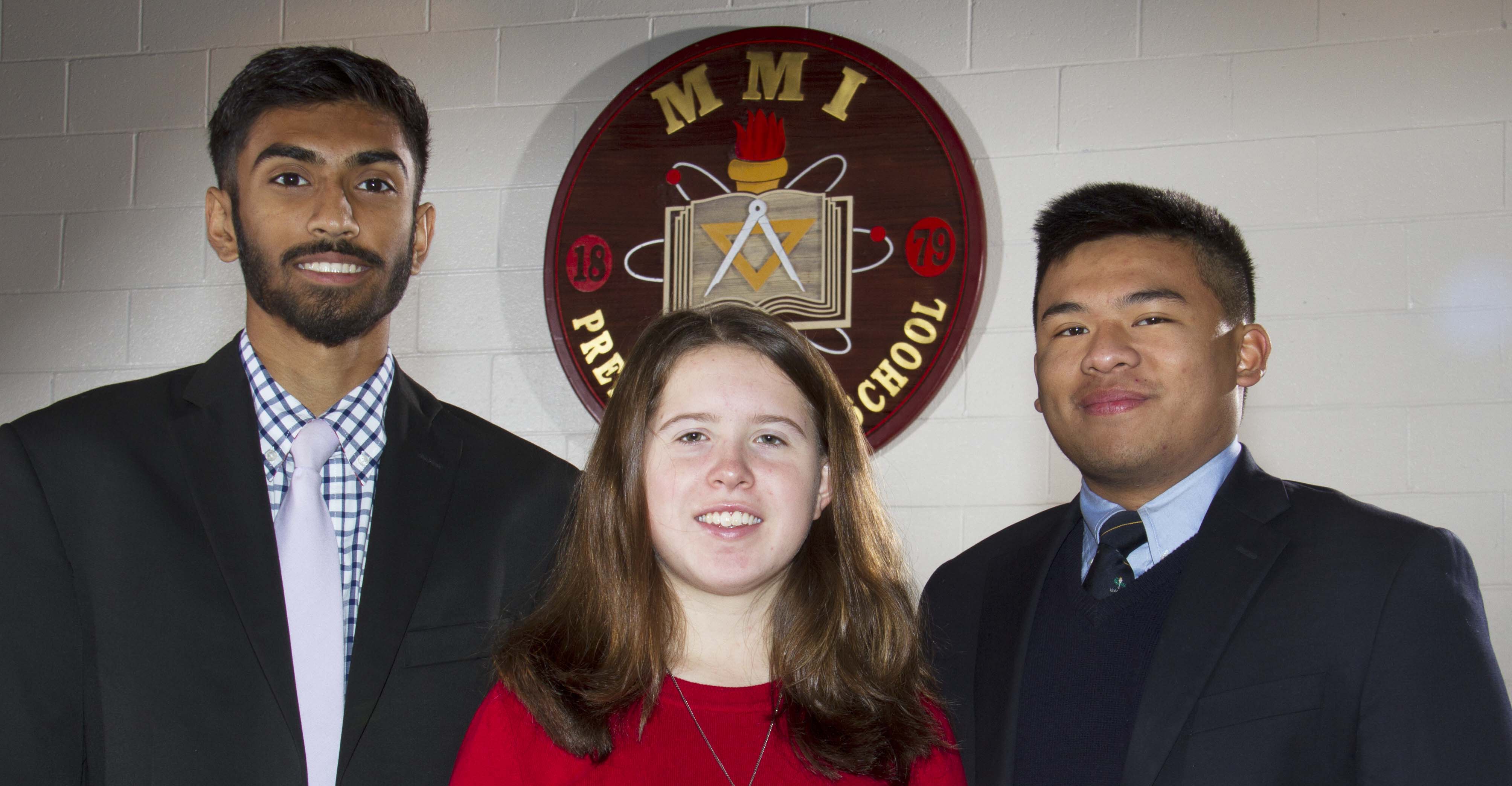 Andrew Alday, Sarah Moyer and Jay Solgama received Letters of Commendation from the National Merit Scholarship Corporation. Alday is the son of Dr. Senen Alday and Dr. Milagros Azcueta-Alday, Mountaintop; Moyer is the daughter of Robert and Susan Moyer, Bowmanstown; and Solgama is the son of Dr. Paresh and Arti Solgama, Mountaintop.

Of the 1.5 million entrants, some 50,000 with the highest PSAT/NMSQT Selection Index scores (critical reading + mathematics + writing skills scores) qualify for recognition in the National Merit Scholarship Program. In late September, more than two-thirds (about 34,000) of the approximately 50,000 high scorers on the PSAT/NMSQT received Letters of Commendation in recognition of their outstanding academic promise. Although Commended Students do not continue in the competition for National Merit Scholarships, some of these students do become candidates for Special Scholarships sponsored by corporations and businesses.

For more than 130 years, MMI Preparatory School has been providing dedicated area students with a comprehensive and inspiring 6th through 12th grade college preparatory program that maximizes each individual’s academic, social and character potential in preparation for success in college and beyond. The school is accredited by the Middle States Association of Colleges and Schools Commissions on Elementary and Secondary Schools (MSA-CESS).  MMI is a school where every student can reach their full potential: academically, ethically and socially.  For more information about MMI Preparatory School, visit www.mmiprep.org or call 570-636-1108.