MMI student up for WVIA’s Artist of the Year 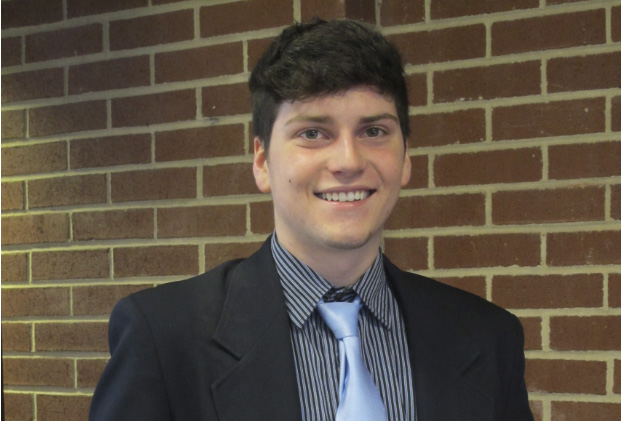 MMI student up for WVIA’s Artist of the Year

(Freeland, PA – April 8, 2015) – Senior Joseph Synoski was selected as one of WVIA’s visual Artists of the Week in December and more recently has learned he is also a contender to be Artist of the Year.  Some of his best works are to be displayed at the Mainstreet Galleries in Kingston for the month of April.

Synoski is the son of Joseph and Anita Synoski, Hazle Township.

There will be a reception, open to the public, celebrating the work of Synoski and the other area students who have also been nominated for Artist of the Year at the gallery on April 10, from 6 p.m. to 8 p.m. The winner for both visual and performing Artist of the Year will be announced at this event.

This Artist of the Week television campaign, conceptualized by NEIU 19, is designed to call attention to high school students who have excelled in the study of the arts. The partnering high school selects two students, one visual artist and one performing artist, who will be interviewed at the WVIA studios for a 1-minute vignette.

The Artist of the Week spot showcases the student, high school, and school district and salutes them for their artistic achievement and will be aired on WVIA TV for one week and will be available on wvia.org for one year. That artist will receive a copy of their performance and then be in the running to compete for Artist of the Year and honored on our Scholastic Achievement Awards Show in May.

The competition is open to students in grades 10 through 12.

Joseph Synoski has been nominated for WVIA’s Artist of the Year.

For over 130 years, MMI Preparatory School has been providing dedicated area students with a comprehensive and inspiring 6th through 12th grade college preparatory program that maximizes each individual’s academic, social and character potential in preparation for success in college and beyond. The school is accredited by the Middle States Association of Colleges and Schools Commissions on Elementary and Secondary Schools (MSA-CESS).  MMI is a school where every student can reach their full potential; academically, ethically and socially.  For more information about MMI Preparatory School, visit www.mmiprep.org or call 570-636-1108.

Joseph Synoski has been nominated for WVIA’s Artist of the Year.