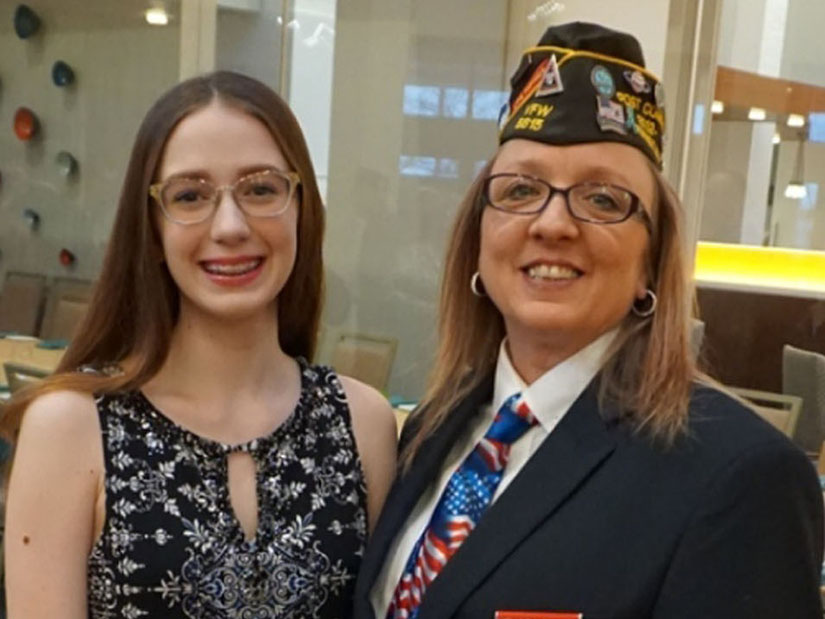 MMI sophomore Katherine Lewandowski took second place in the Veterans of Foreign Wars (VFW) state-level Voice of Democracy competition. Lewandowski was one of 24 winners out of the more than 3,000 essay entries received at the district level.

As a district winner, Lewandowski earned a place at the 33rd annual Pennsylvania VFW Voice of Democracy Banquet at the Department of Pennsylvania Veterans of Foreign Wars of the United States and the Department Auxiliary 2019 Mid-Winter Conference, which was held in Cranberry on January 26.

Lewandowski, the daughter of Nancy and James Lewandowski of Mountaintop, wrote and recorded an essay on this year’s topic of “Why My Vote Matters.”

MMI’s Acting Head of School William A. Shergalis said, “We are very proud of Katie and her accomplishment. It’s always an honor to have MMI represented on the state level. Our students show a tremendous amount of dedication and commitment to the many events and competitions they are involved in and this honor is well deserved.”

Lewandowski captured first place in the District 11 competition earlier this year. For the competition, students recorded an original three-to-five-minute essay and submitted the audio file and a typed essay. Essays were judged on originality, content, and delivery.

Since 1947, the Voice of Democracy has been the VFW’s premier scholarship program. Each year, nearly 40,000 high school students compete for more than $2 million in scholarships and incentives.