(Freeland, PA – March 20, 2014) – MMI Preparatory School junior Tristan Gibbons has created a machine that is able to replicate DNA without the use of expensive laboratory equipment. He amplified human DNA fragments through PCR (polymerase chain reactions) Thermal Cycling, a sequence of processes developed in the 1980s by Dr. Kary Mullis, who would later become a Nobel Laureate for his contribution to the field of chemistry.

Gibbons got his idea after viewing an Internet-based project in which a graduate student demonstrated the idea of an inexpensive solution to DNA duplication, as conventional equipment can run into the $3,000 to $10,000 range. Using some basic hardware-store components and with the assistance of several faculty members, Gibbons built and operated a device that accomplished what the more expensive machines do: copy and mass-produce exact DNA sequences.

DNA amplification is used in forensics, diagnostic testing for disease-causing pathogens, amplification of rare DNA, paternity testing and clinical lab analysis of DNA when the original samples are insufficient in quantity. Gibbons’ instrument, built primarily out of PVC pipe, a household lamp, a computer cooling fan, a thermistor (which functions like a thermometer to provide input for a computer program) and a servo-controlled switching device, carried his DNA samples through critical heating and cooling cycles at precise temperatures that were designated and monitored by a scripted program and integrated computer-controlled servos. The precise temperatures are instrumental to DNA duplication.

Gibbons’ work was guided by several of MMI’s core science and technology faculty: Michael Mele aided in the design and implementation and ground truthing of the device, sample preparation and product analysis; Laura Petro provided instruction on polymerase chain reactions (PCR) and the thermal cycling process in addition to sample preparations and final product analysis; Justin Vincent provided technical support for the computational aspect and mechanical function/troubleshooting and Mary-Lee Hood aided and provided support for sample analysis, preparation and interpretation.

Gibbons entered his project into the regional Pennsylvania Junior Academy of Science competition held at Wilkes University on March 2. He earned a first-place win (4.4 out of a possible 5.0) and a slot at the state event to be held at Penn State University in May. 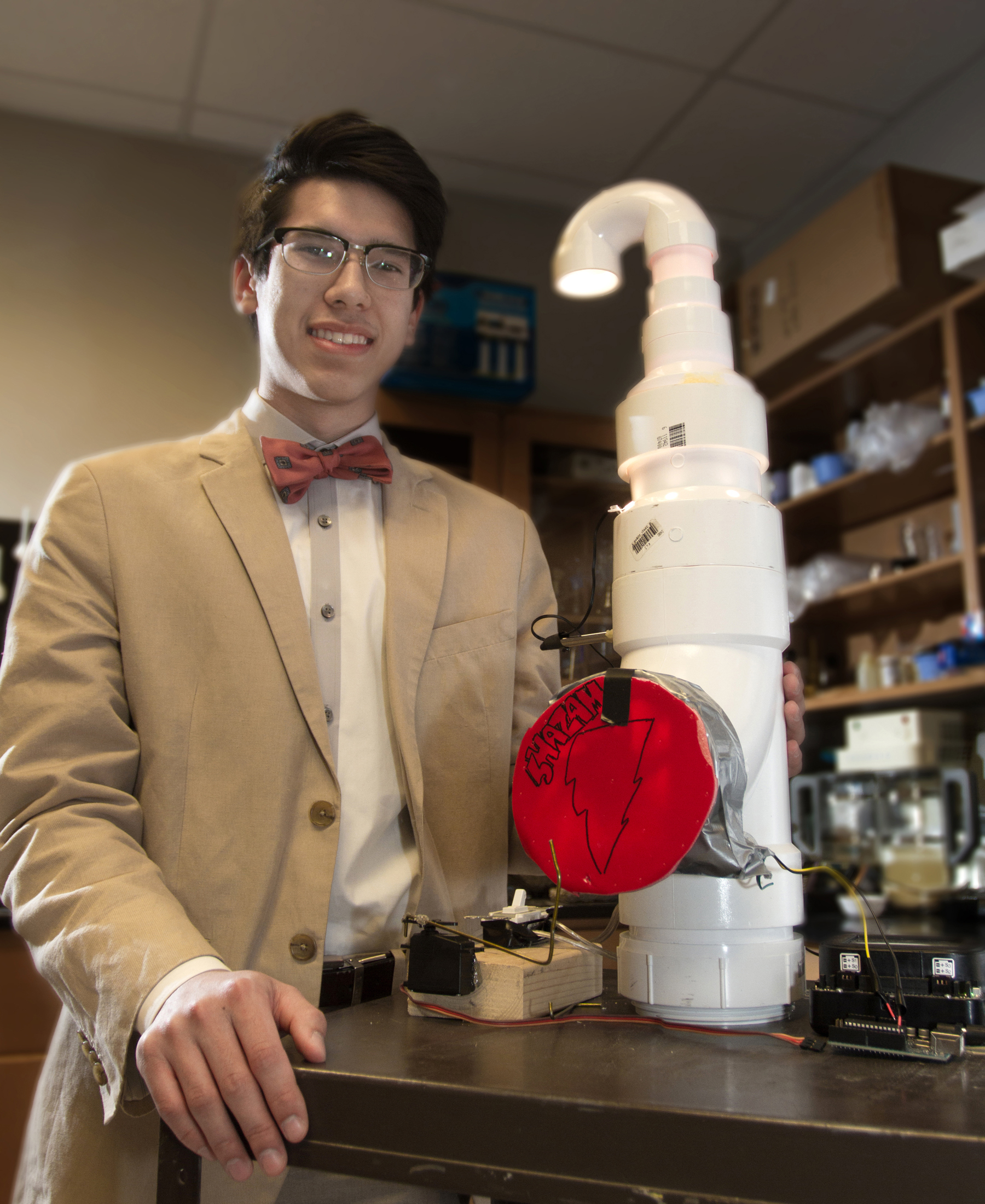