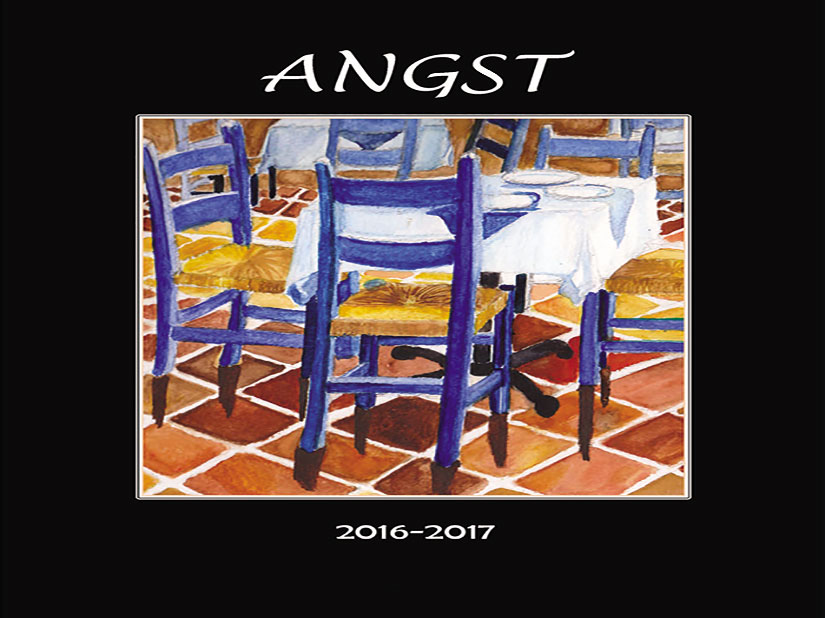 (Freeland, PA – January 25, 2018) – MMI Preparatory School’s literary magazine, Angst, was ranked as Recommended for Highest Award in the nation from the National Council of Teachers of English (NCTE) as part of its 2017 Program to Recognize Excellence in Student Literary Magazines (PRESLM) Awards. The latest edition of Angst was displayed at the NCTE Annual Convention in St. Louis, Missouri, in November of 2017.

MMI received a Superior score (scores of 91-100 points) in the first round of judging, which is completed by state and national judges and based on a point system. Magazines scoring 91-100 points are recommended by the state and national judges for the Highest Award. The PRESLM Advisory Committee then determines if a magazine meets enough criteria to win the honor of Highest Award.

Angst was among the top magazines out of 372 national entries in the PRESLM Awards program, which publicly recognizes excellent literary magazines produced by students, teachers, and schools and encourages all schools to develop literary magazines.

For 138 years, MMI Preparatory School has been providing dedicated area students with a comprehensive and inspiring 6th through 12th-grade college preparatory program that maximizes each individual’s academic, social and character potential in preparation for success in college and beyond. The school is accredited by the Middle States Association of Colleges and Schools Commissions on Elementary and Secondary Schools (MSA-CESS).  MMI is a school where every student can reach their full potential: academically, ethically and socially.  For more information about MMI Preparatory School, visit www.mmiprep.org or call 570-636-1108.