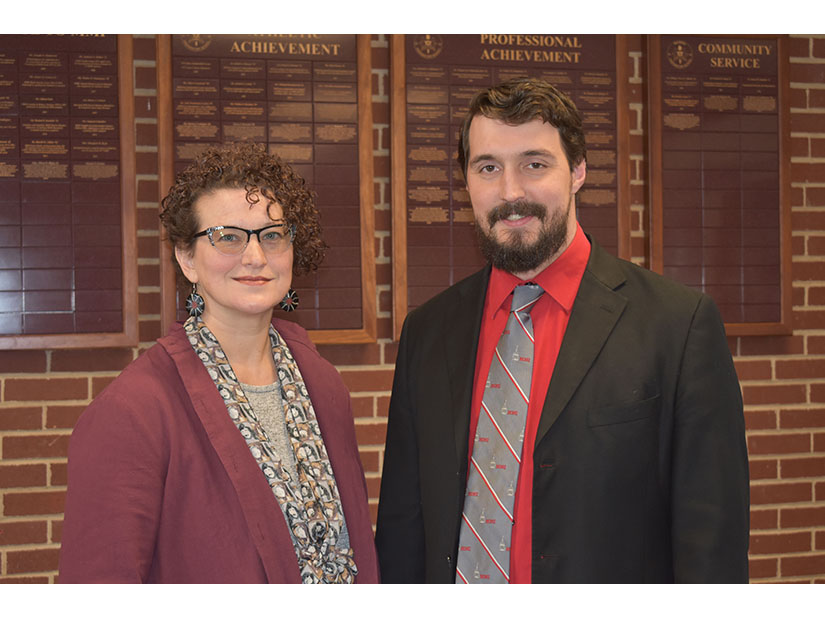 MMI Preparatory School Acting Head of School Dr. William A. Shergalis recently announced two administrative changes at the school. Justin Vincent was named to the newly-created position of Academic Dean and will have all duties related to academic matters and Lisa Marie Ferry was named to the newly-created position of Dean of Students and will have responsibility for student discipline, dress code, and general student comportment.

Justin Vincent began teaching at MMI in 2004 as a Computer Science and Technology instructor and has served as the Interim Assistant Head of School since 2017. He has a Bachelor of Science degree in Computer Engineering from Elizabethtown College and a master’s degree in Instructional Technology from Wilkes University. Vincent resides in Orangeville with his wife, Melinda, and sons, Ethan, Elliot, Micah, and Jaxon.

Lisa Marie Ferry earned a Bachelor of Arts degree in Art and Anthropology from Bloomsburg University and a Master’s degree in Art Education with an Emphasis in Special Populations from Moore College of Art & Design. Ferry has served the MMI community as a member of the faculty for more than 11 years and has acted as an Interim Dean since 2017. Ferry resides in Drums with her husband, John, and youngest son, J.T., who is in fifth grade. Her three eldest children are MMI graduates Caitlin Ferry ’10, Amber Ferry ’14, and Hayle Shearer ’14.

Dr. Shergalis stated, “MMI is indeed fortunate to have seasoned professionals like Mr. Vincent and Mrs. Ferry who have proven themselves highly capable of carrying out the duties of their newly created positions.”

MMI Board of Directors chairman John H. Hersker said, “The MMI Board of Directors enthusiastically supports Dr. Shergalis’s efforts to strengthen his administrative team, and are excited about his choice of Mr. Justin Vincent and Mrs. Lisa Marie Ferry to assume the responsibilities formerly associated with the Assistant Head of School position.”