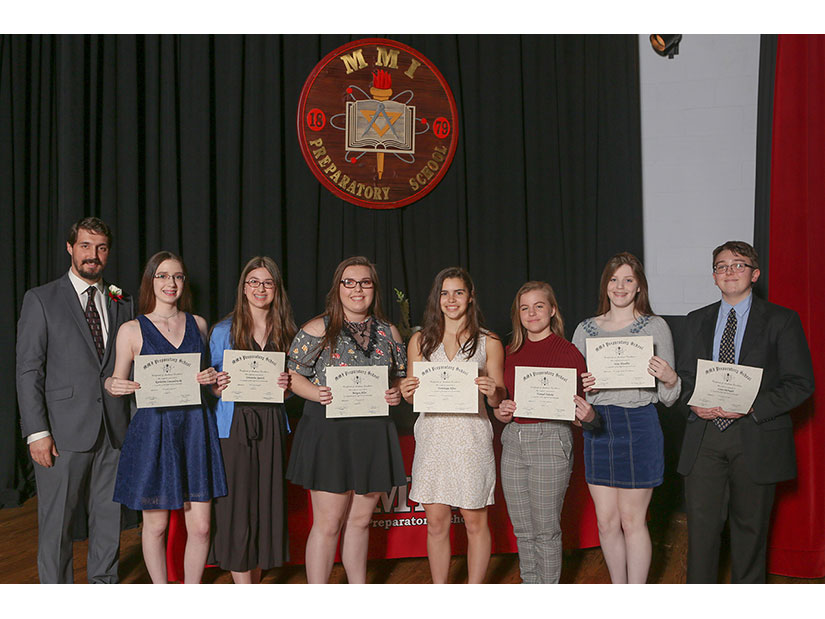 MMI Preparatory School held its annual Upper School Awards Convocation on May 16 to honor students in ninth through 12th grades.

MMI Head of School, D. Scott Wiggins, welcomed everyone in attendance and recognized Class of 2018 Valedictorian Gabriella Kupsho and Salutatorian Aaron Harman. Stephanie Shandra Swietnicki, MMI college admissions counselor, served as emcee for the program, where more than $600,000 in scholarships and prizes were awarded to students.

The team of Lauren Babinetz, Alexander Sessock, Kaitlyn McGeehan, Grant Warren, and Dominique Kline were recognized for capturing first place in the 39th annual Luzerne County Envirothon competition at PPL’s Susquehanna River lands. Each of MMI’s six teams placed in the top seven at the regional competition and the winning team members advanced to the state competition at Susquehanna University.

Stephanie Zellner received the inaugural MMI Ambassador Service Award, which is designed to recognize a senior ambassador who exemplifies the true meaning of ambassadorship and has been active in the program for three or more years. The award honors a student who has shown initiative in assisting to promote the school at various admission events as well as seeking out opportunities to volunteer at events geared toward current parents and alumni. Recipients are selected for their character, helpfulness, and longevity.

Students in ninth through eleventh grades who exhibited outstanding contribution, achievement, and dedication to an individual subject area during the past academic year received the 2018 MMI Subject Awards. Winners are as follows: