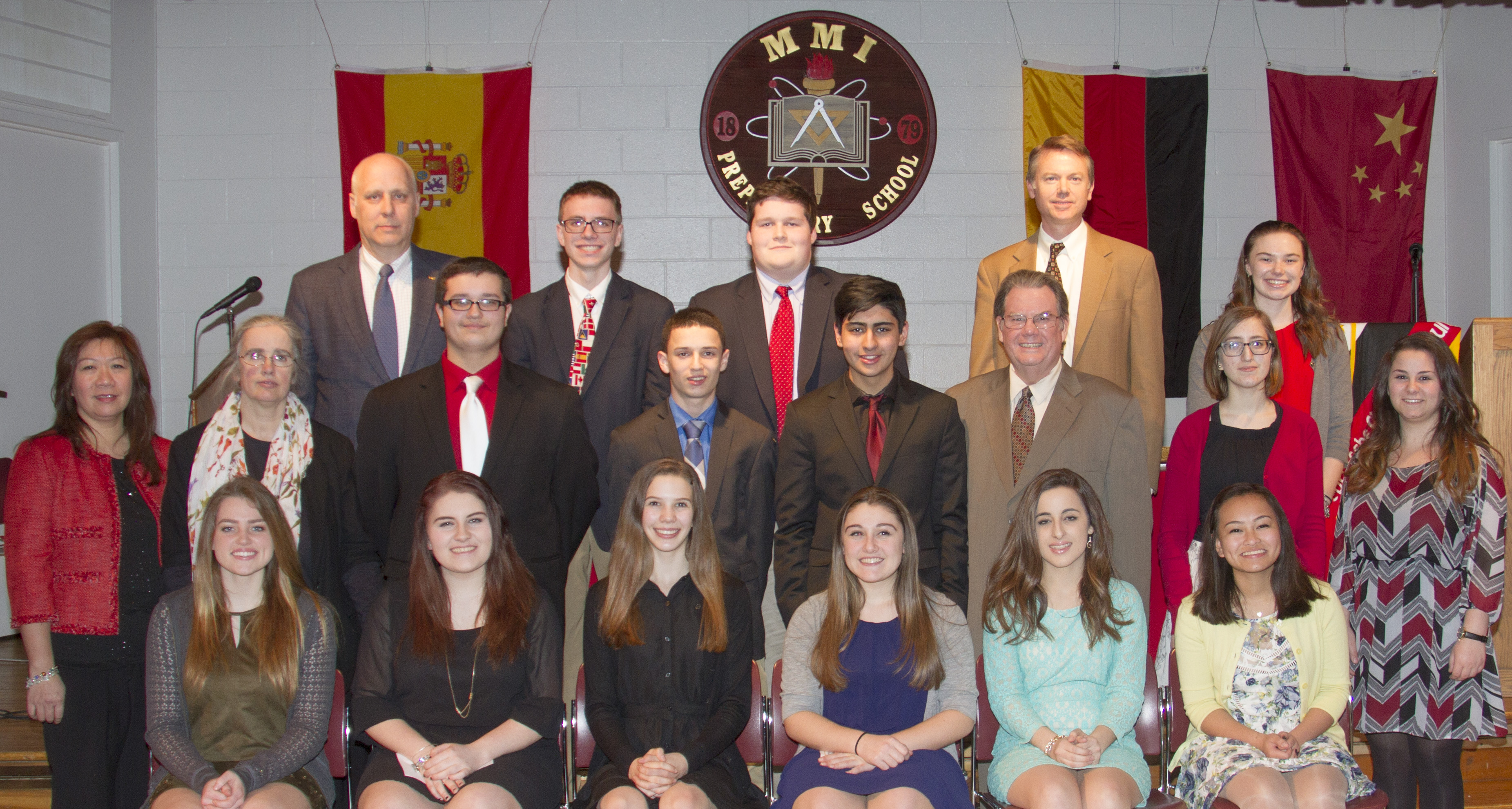 Head of School Thomas G. Hood welcomed those in attendance to open the ceremony and MMI Spanish instructor Dennis Clarke served as guest speaker. Clarke, who has been teaching at MMI since 1979, is the founder of the school’s Pablo Picasso Chapter of the Spanish Honor Society and began MMI’s annual piñata contest.