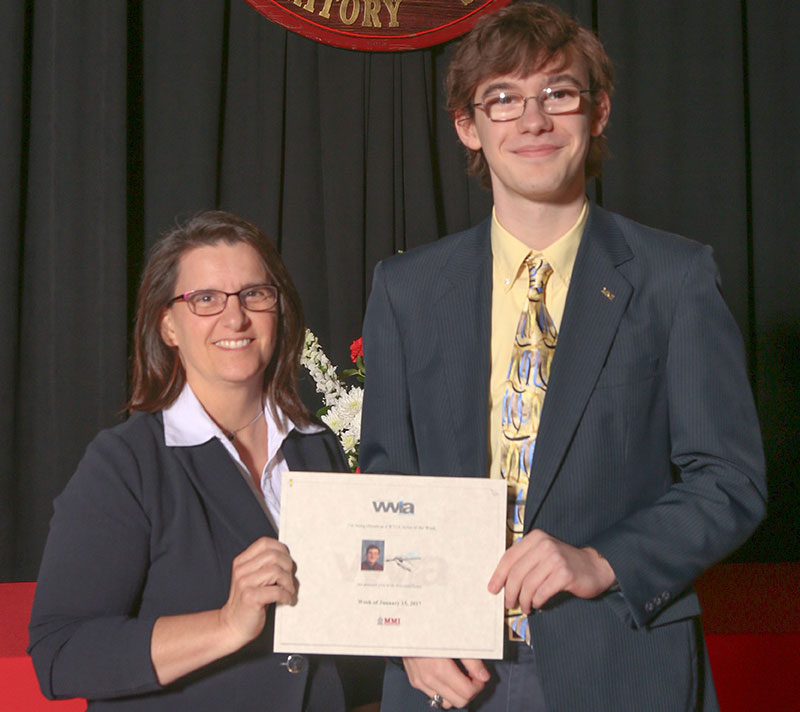 Aaron Harman, a member of the MMI Class of 2018, was selected as a WVIA Artist of the Week and will be featured in segments for the program beginning the week of July 1 on WVIA-TV and wvia.org.

Harman, the son of Ronald and Yvonne Harman of Drums, was named a Performing Artist of the Week by WVIA and was recognized for the achievement during MMI’s Upper School Awards Convocation last month.

The WVIA Artist of the Week campaign is designed to call attention to high school students who have excelled in the study of the arts. Partnering high schools select two students, one visual artist and one performing artist, who are then interviewed at the WVIA Public Media studios for a digital video vignette. The Artist of the Week vignette showcases the student, high school, and school district and salutes them for their artistic achievement. Harman’s segment will be featured across all WVIA television, radio, and digital platforms for one week and the accompanying vignette will be available to watch on wvia.org and pbs.org for one year.