Marywood University’s Department of Music, Theatre, and Dance to Present Our Town

SCRANTON, PA (September 14, 2015)—Marywood University’s department of music, theatre, and dance will present Our Town, by Thornton Wilder and guest-directed by Maura Malloy, on Friday, October 2, 2015, and Saturday, October 3, 2015, at 7:30 p.m., in the Sette LaVerghetta Center for Performing Arts, on the university’s campus. Regular admission is $10 per person; special admissions prices include $8 for seniors, $6 for students, and free admission for IHM Sisters and for those with a valid Marywood ID.

Our Town, considered by many to be one of the masterpieces of the American Theater, explores the lives of the citizens of a small fictional American town, called Grover’s Corners, at the turn of the last century. The play is divided into three aspects of the human experience: Daily Life, Love and Marriage, and Death and Loss. Thornton Wilder spoke of his play as, “the life of a village against the life of the stars.” He was awarded the 1938 Pulitzer Prize for Drama. 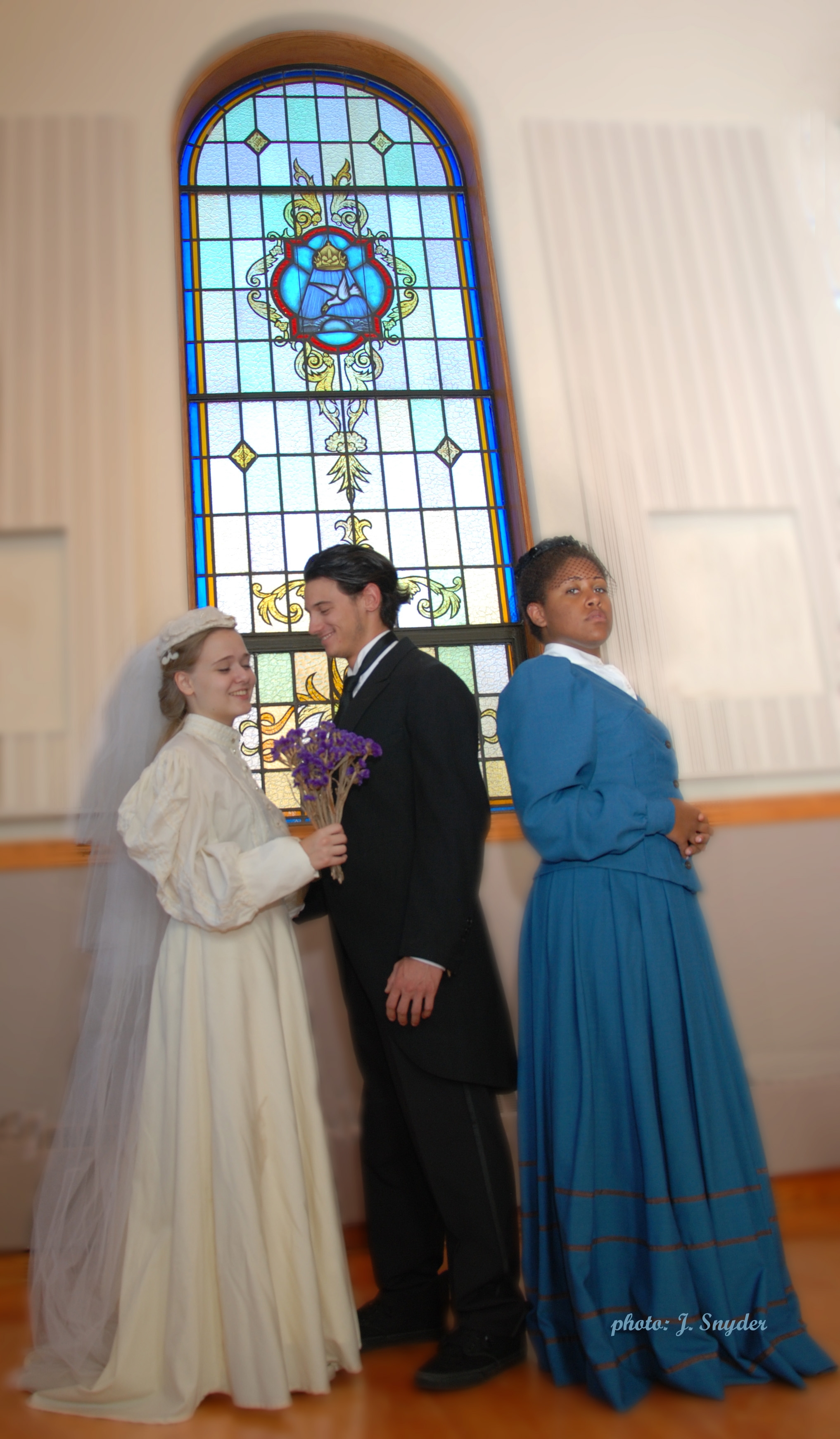 (left to right) Emily Webb, played by Dana Jackson, Dunmore, Pa.; George Gibbs, played by Kenneth Doyle, Ocean Side, N.Y., and Mrs. Soames, played by Jade Litaker, Andes, N.Y., will perform in Marywood University’s production of Our Town, by Thornton Wilder, and guest-directed by Maura Malloy. Performances are October 2 and 3 at 7:30 p.m., in the Sette LaVerghetta Center for Performing Arts.