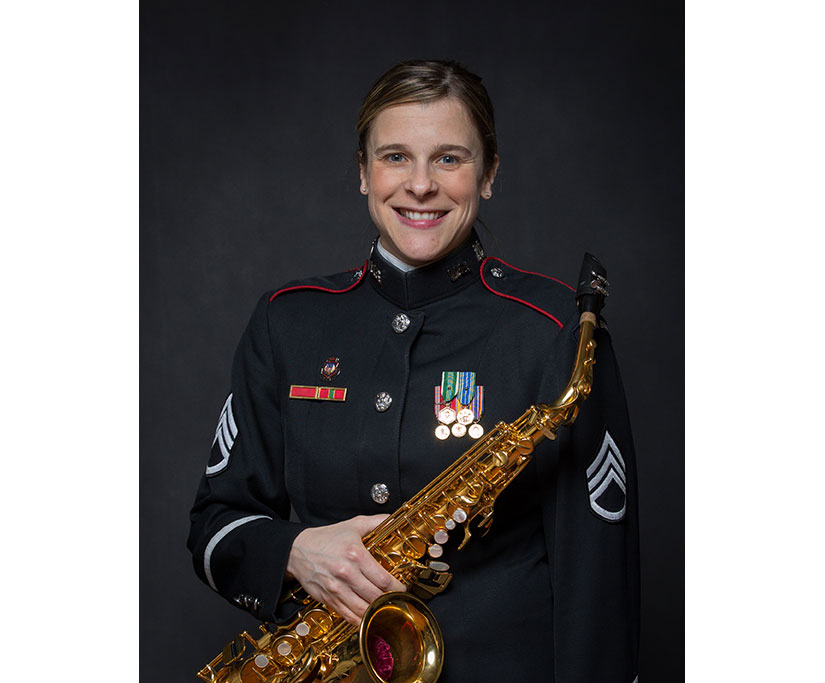 Marywood University’s music, theatre, and dance department will host a Saxophone Recital and Master Class by principal saxophonist for the West Point Band, Stacy Wilson, and her accompanist, Yalin Chi, on Saturday, April 7, 2018. The recital will take place at 1 p.m., and the Master Class will take place at 3 p.m., in the Marian Chapel, at the Swartz Center for Spiritual Life on the University’s campus. The recital and master class are free and open to the public

Staff Sergeant Stacy Wilson is the principal saxophonist in the West Point Band. As a soloist and chamber musician, she has performed throughout the United States, Europe, and Asia, with recent concert appearances in Japan’s Izumi Concert Hall, Amsterdam’s Muziekgebouw, and Mahidol University in Thailand. Staff Sgt. Wilson was recently featured as a guest concerto soloist with the United States Army Band in Europe, giving concerts in Oftersheim and Eppelheim, Germany. Since joining the West Point Band in 2008, she has performed as a concerto soloist and was the logistical coordinator and organizer for the North American Saxophone Alliance Conference hosted by the band in 2011. She has been a jury member for the NASA Young Artist competition, NASA Quartet Competition, and the Asia Pacific International Solo Competition. Staff Sgt. Wilson has been a featured guest artist at the Asia Pacific Saxophone Academy in Bangkok, Thailand, and has taught at Indiana University and Montclair State University. She earned degrees from Indiana University, Bloomington, and the University of North Carolina, Greensboro.

Sergeant First Class Yalin Chi joined the West Point Band in January of 2008. Originally from Beijing, China, she gave her debut with the Central Opera Symphony Orchestra in 1997. In the same year, she moved to the United States and studied with Victoria Mushkatkol at the Interlochen Arts Academy. She has performed in prestigious venues including: Alice Tully Hall, Weill Recital Hall at Carnegie Hall, Gardner Museum in the United States, and Kumho Art Hall in Seoul, South Korea. Sgt. First Class Chi attended the Aspen Music Festival in the summer of 2006 with an orchestral piano fellowship. She attended the Taos School of Music, the Music Academy of the West, the Kneisel Hall Chamber Music Festival, and has performed in master classes for Arie Vardi, Richard Good, John O’Conor, and Boris Berman.