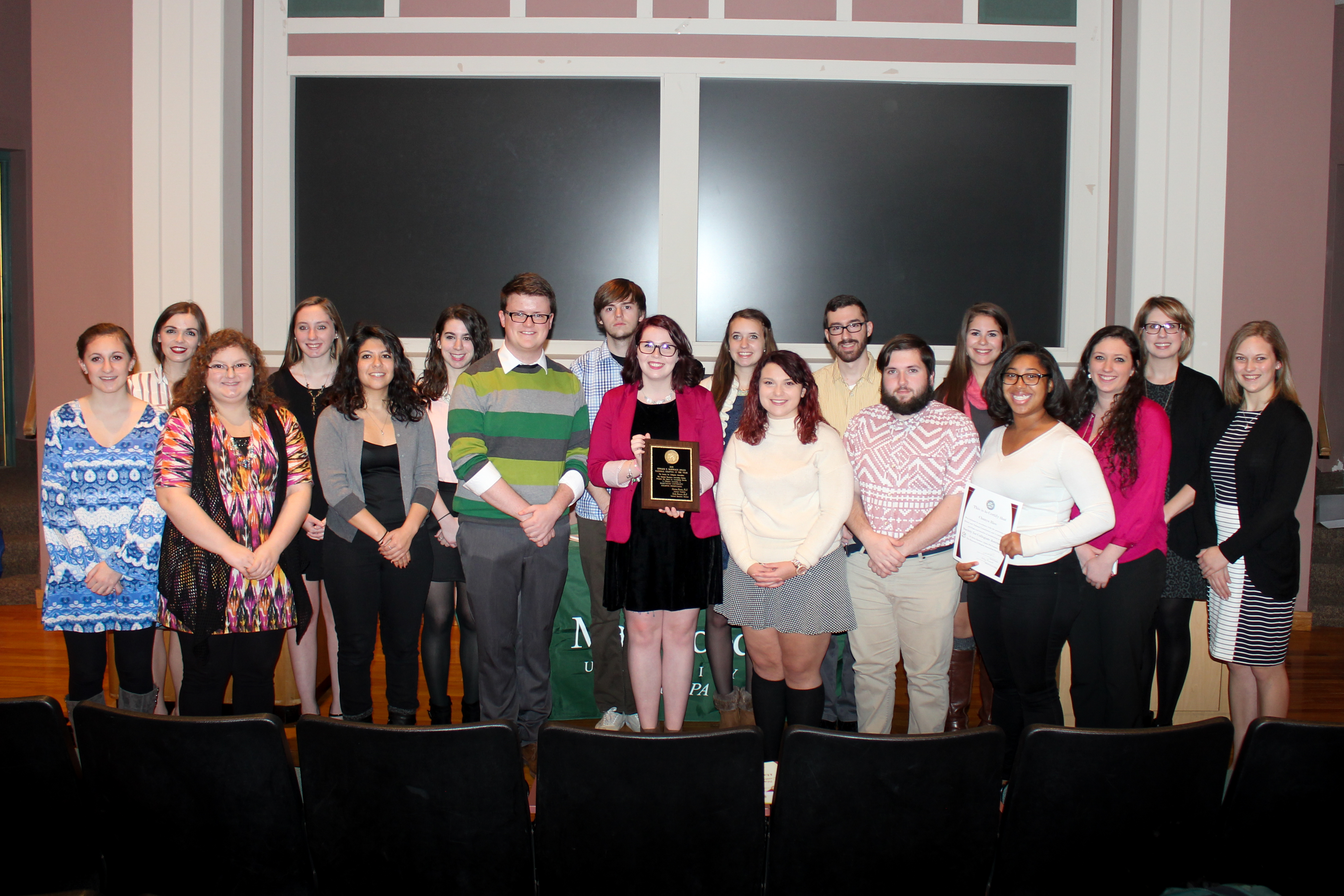 SCRANTON, PA (November 16, 2015)—Marywood University’s Chapter of the Society for Collegiate Journalists (SCJ) was recently awarded the Edward E. McDonald National Chapter of the Year at its 2015 SCJ Induction Ceremony.

Eleven Marywood students, all active participants in the production of Marywood’s student newspaper, The Wood Word, were inducted into the SCJ Chapter at the ceremony, which included an address given by guest speaker, Meg McGuire, lecturer in the English department at the university.  Ms. McGuire told students that “The craft of news is not in trouble,” as it pertains to the job market. “You are learning the craft of news here at Marywood.  When you graduate, apply and practice what you’ve learned here,” she continued.

Edward E. McDonald spent 15 years of his retirement working tirelessly as national secretary-treasurer of Pi Delta Epsilon; the organization merged with Alpha Phi Gamma in 1975 to become SCJ. This award, in his memory, is given to a chapter that upholds the highest ideals of college student journalism.

The Society for Collegiate Journalists is an academic journalism honorary organization devoted to college journalists, advisers, and media at universities across the globe.

For more information on The Wood Word or the Communication Arts program at Marywood University, please visit www.marywood.edu/commarts/facilities/newspaper.html