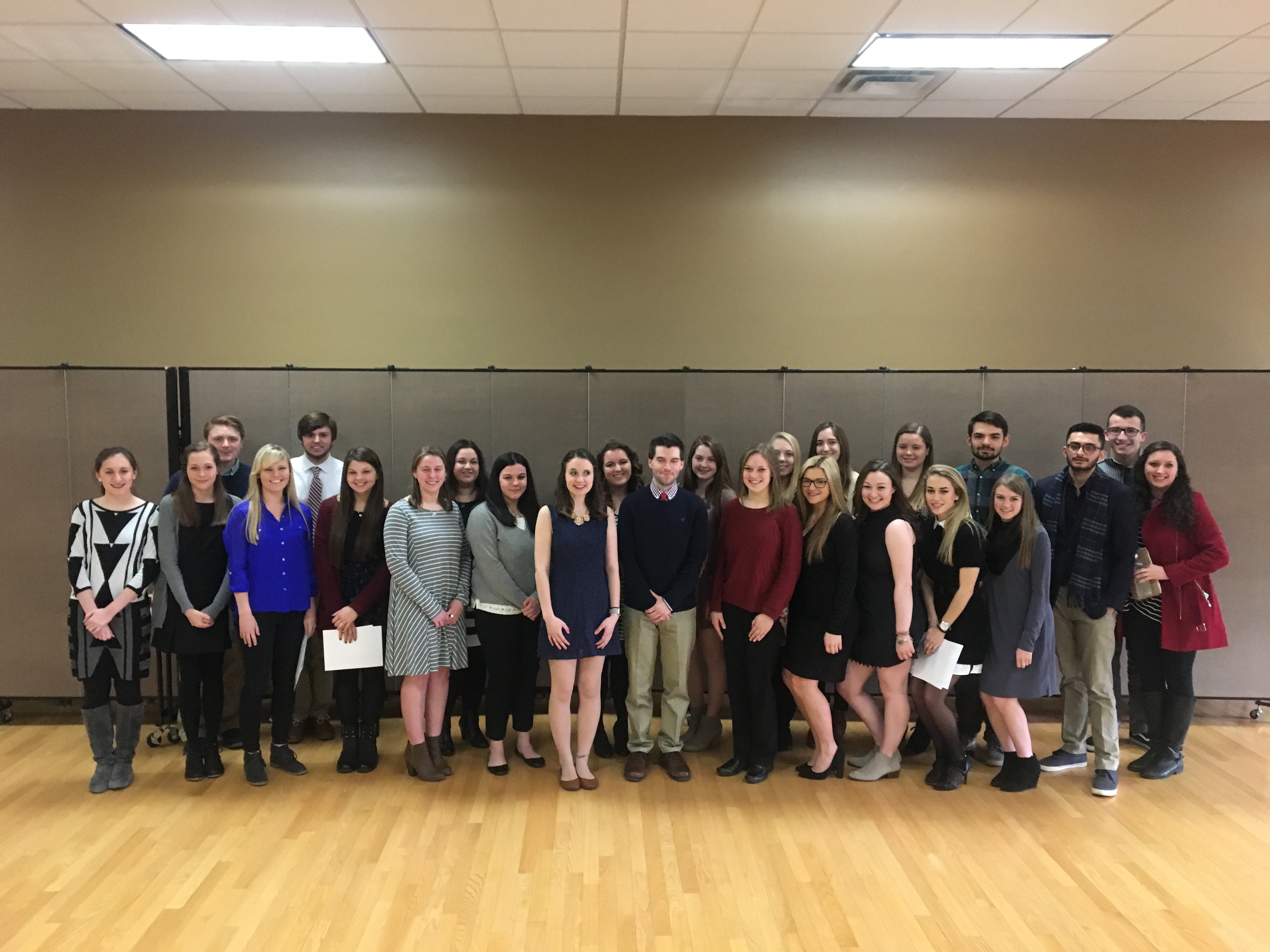 Marywood University’s communication arts department recently hosted its 2017 Induction Ceremony for campus chapters of the American Advertising Federation (AAF), the Public Relations Student Society of America (PRSSA), and the Society for Collegiate Journalists at the University.

Ms. Bondi explained that the path to the job that one gets is not always a clear-cut one, and requires each person to be patient yet determined in his or her professional pursuits. “Lift each other up,” said Ms. Bondi. “Say yes to opportunities that come up—attend workshops, local speaking engagements, and networking events,” she continued.

Ms. Hofius-Hall offered students a “Top Ten” list, which included valuable insights into lessons that she has learned while working as a reporter with The Scranton Times-Tribune, which included advice ranging from wearing practical shoes to the importance of journalism in our country today. “The threats to press freedoms, along with the presence of fake news and alternative facts, mean we need reputable news sources more than ever. We need reporters who are eager to keep the public informed, and I hope that’s all of you,” said Ms. Hofius-Hall.