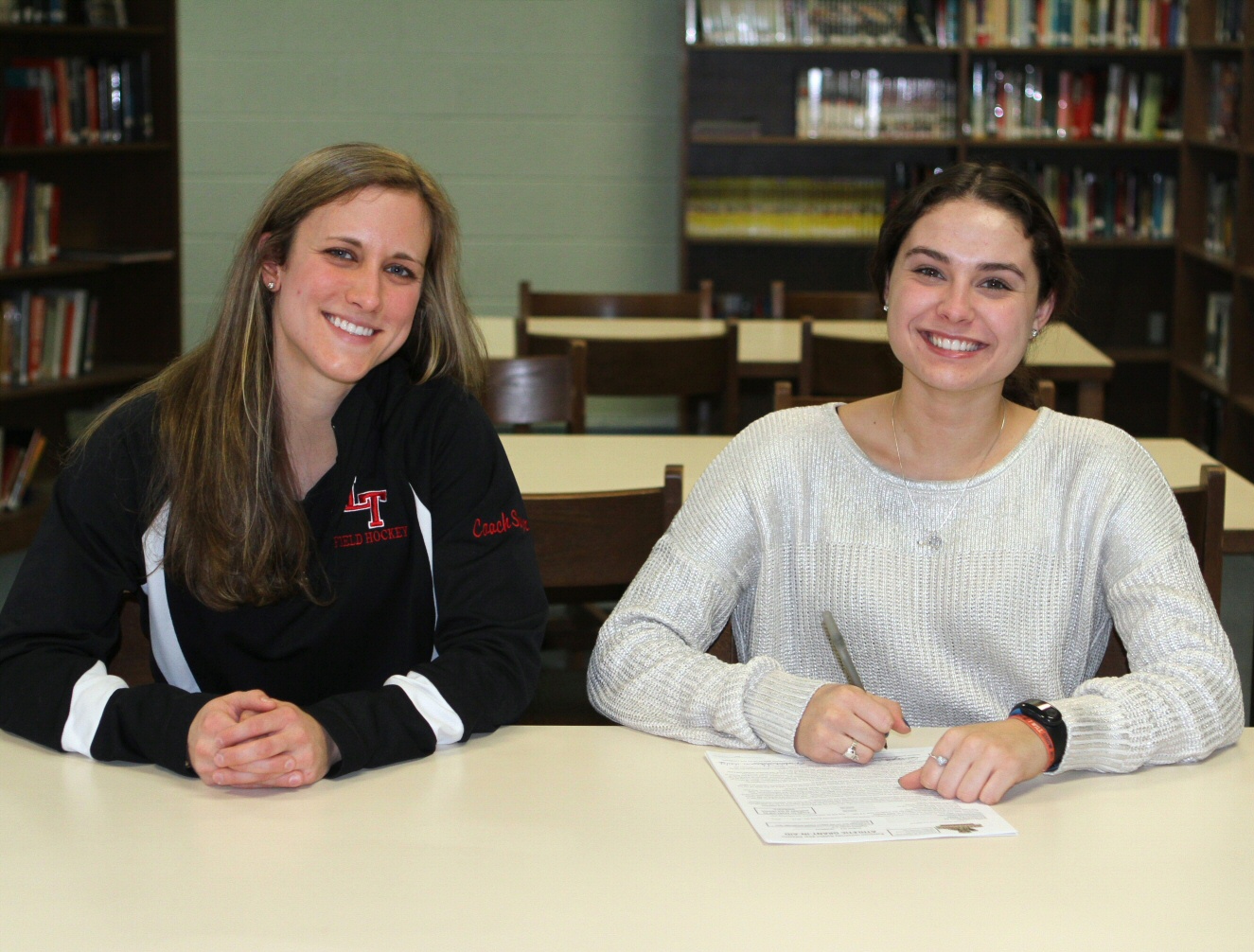 Lackawanna Trail senior Shelby Croasdale signs her letter of intent to play field hockey for Kutztown University as her fellow senior teammates and Head Coach looked on. Croasdale along with her teammates were also named to the 2013 National Academic Squad.Each of the girls held a GPA over 3.5 in order to be named to the team. 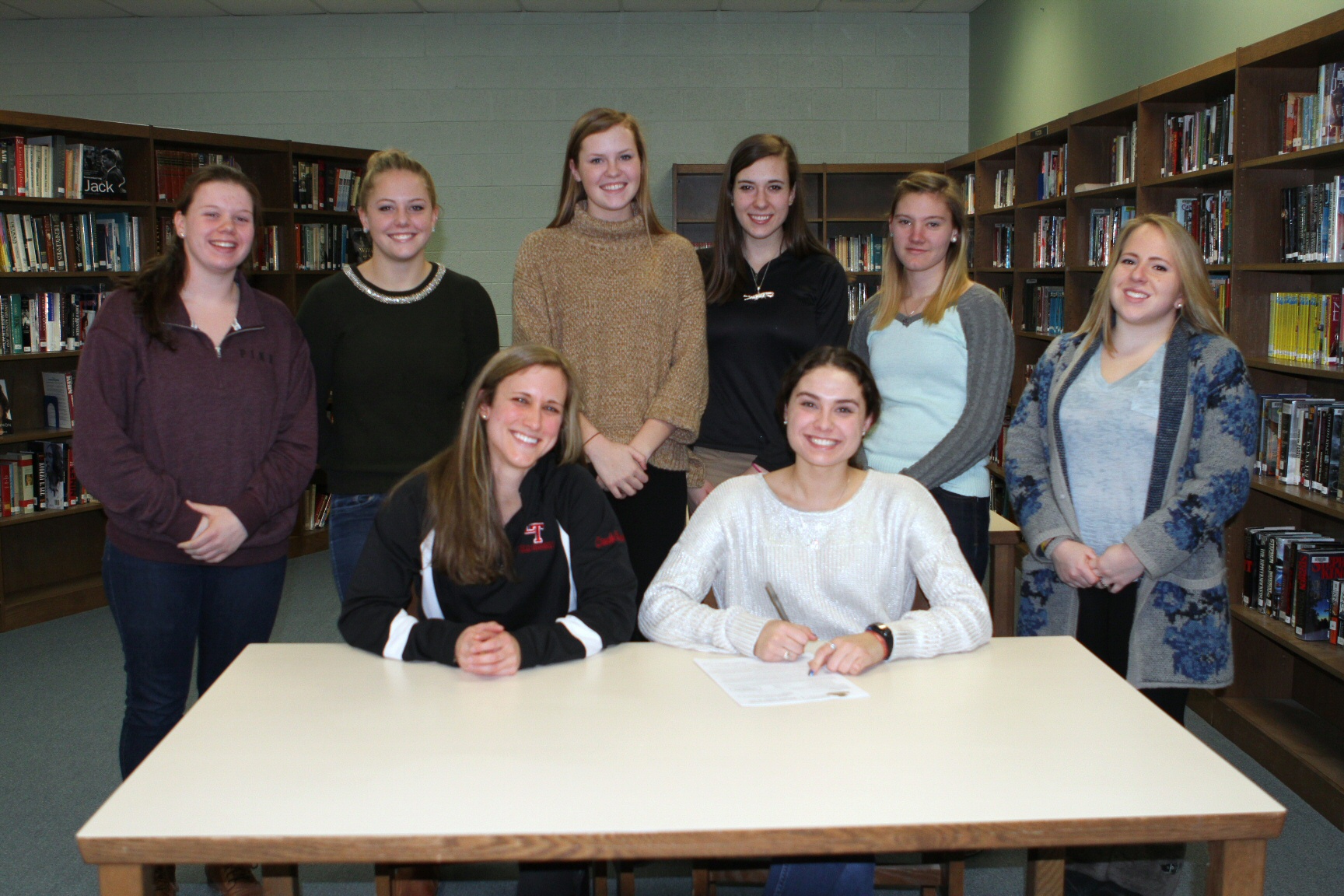 Photo: front, from left, Head Field Hockey Coach Kathleen Snyder and Shelby Croasdale; back, Shannon Jones, Nicole Rosa, Maddie Jenkins, Lauren Stanton, Chelsy Stuble and Sarah Botscheller. Rosa, Botscheller and Stanton also received an additional honor of Scholar of Distinction, having a GPA of 3.9 or above.
Seven senior field hockey players were notified that they were named to the 2013 National Academic Squad with a GPA over 3.5. 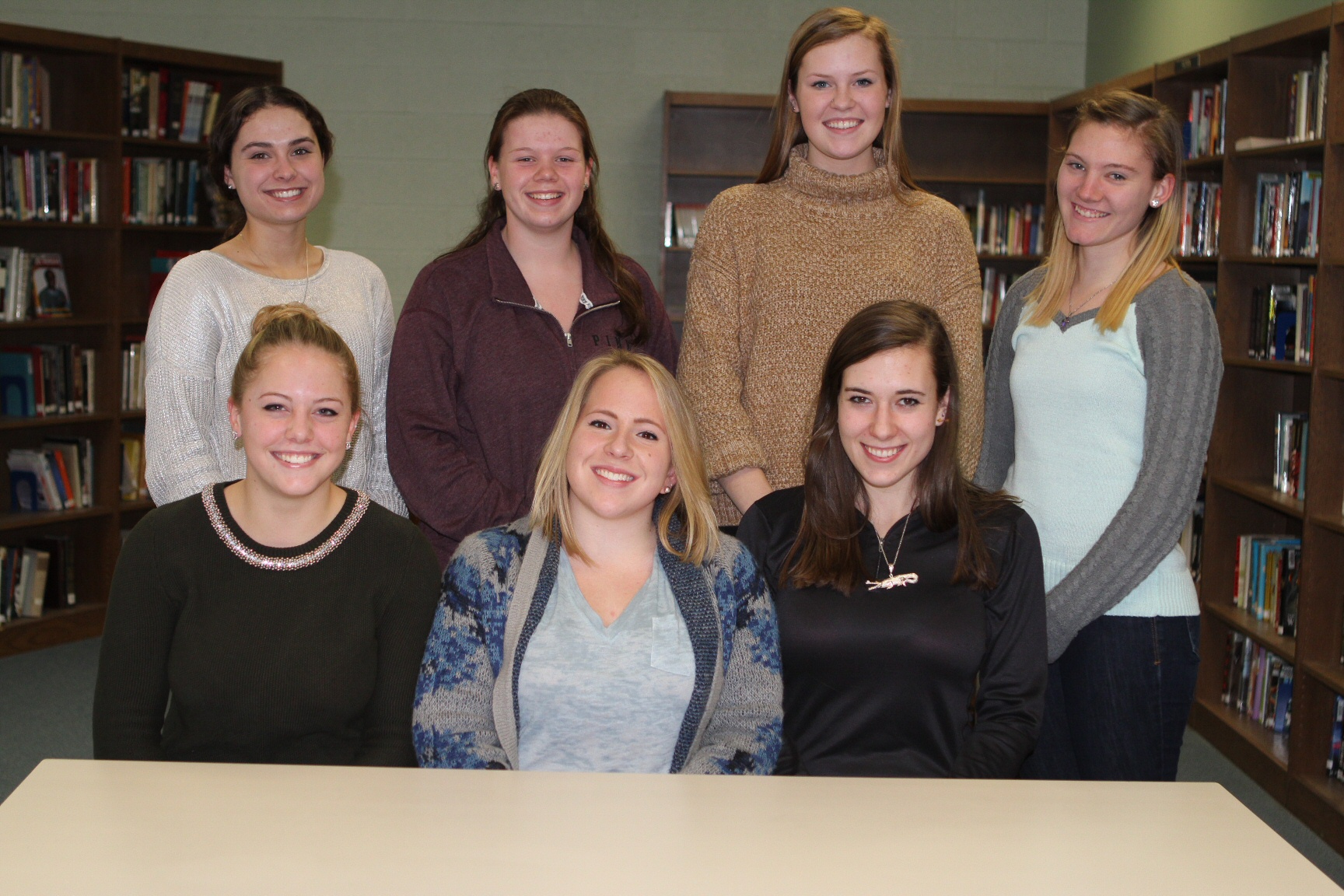