Five students from MMI Preparatory School have been chosen to perform at the Pennsylvania Music Educators Association (PMEA) District 9 orchestra and band festivals.

“Claire and Soprina have qualified for the orchestra festival for the fourth year of their high school careers. I am very proud of their success and am equally proud of Angel who qualified in her first year as a freshman,” said Christine Lizbinski, MMI music department faculty. The festival will be held at Lackawanna Trail High School from Feb. 4-6.

Sophomore Anirban Chowdhury, son of Bhaskar and Saumitri Chowdhury, Hazle Township, was chosen to play the clarinet at the PMEA District Band Festival at Marywood University, which was held Jan. 8-10. Chowdhury played under the direction of guest conductor Dr. Fred Romines. “Participating in a District Band Festival has given Ani the opportunity to play clarinet in a 140-plus piece band and learn from a professional conductor. This was his first year of eligibility and this venture proved to serve as an inspiration for future festivals,” Lizbinski said.

Freshman Aaron Harman, son of Ronald and Yvonne Harman, Drums, took part in the first ever PMEA District 9 Ninth Grade Honors Band at Marywood University from Dec. 5-6. He placed as the first-chair trombone in this elite band. This band served as a precursor to the High School District Band and Orchestra Festivals.

The mission of PMEA is to advance music education by encouraging excellence in the study, teaching, and making of music. The organization focuses on promoting quality music education, learning, and performance in schools and communities. PMEA is a service organization for music education in the Commonwealth and is an affiliate of the 65,000-member Music Educators National Conference (MENC). The membership includes those engaged in music instruction at all levels, from preschool through college and university, retired educators, and those in the music industry. PMEA provides leadership in professional growth and offers special opportunities for musical development to school students. 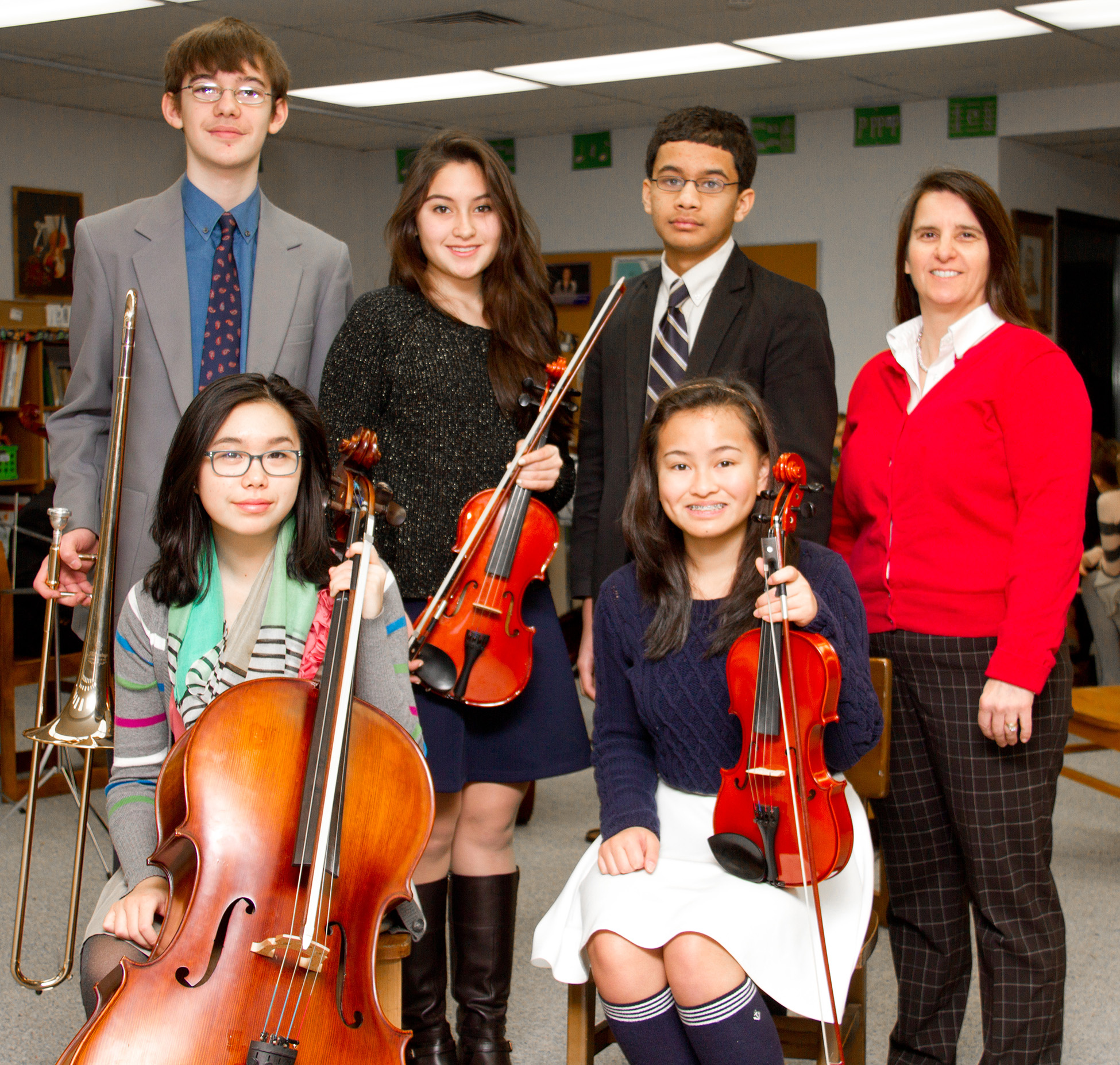 At front, from left, are Claire Sheen and Angel Alday. At back are Aaron Harman, Soprina Guarneri, Anirban Chowdhury, and music instructor Christine Lizbinski.