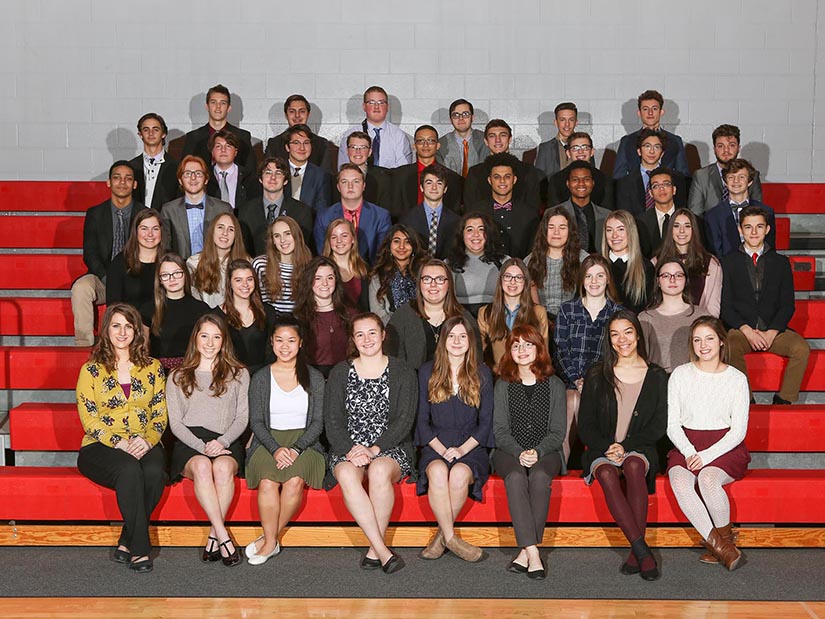 Darren Zheng placed third in the Computer Game and Simulation Programming category and Alexander Kline was fourth in Business Calculations. The team of Mahum Ahmed, Kelisa Hysenbegasi and Alyssa Sweda finished fourth in the Emerging Business Issues category. All five students will advance to nationals.

Additionally, the team of Samantha Sparich and Morgan Allen placed ninth overall for their presentation in Business Ethics. The MMI Chapter was recognized with an award for having the highest market share, or highest number of high school students participating in their chapter, with just under 50% of the upper school population being involved in FBLA.

The PA State Leadership conference combines business workshops for students and educators with competition in various events. Students are exposed to various relevant business topics and have an opportunity to hear from select colleges and organizations while at the conference.

MMI Acting Head of School William A. Shergalis, Ph.D. ’58 said, “MMI is extremely proud of all the students who participated in the PA FBLA State Leadership Conference. Having an opportunity for our students to shine in so many different aspects of today’s business landscape creates lessons in both soft and hard skills for them to carry forward after high school and beyond. MMI is committed to providing opportunities for our students, in and out of the classroom, which helps students become productive and knowledgeable members of society.”