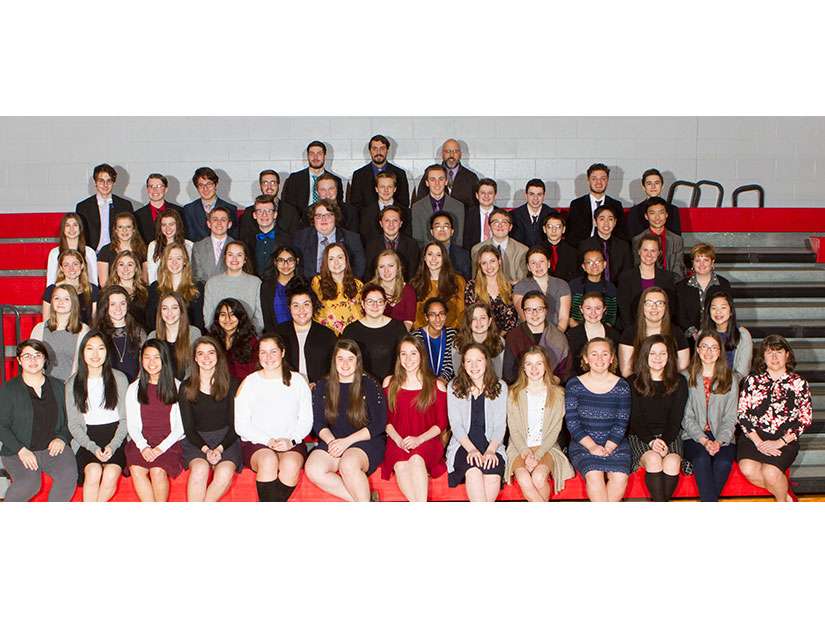 Fifty of MMI Preparatory School’s 69 competitors placed first in the Pennsylvania Junior Academy of Science competition and will advance to the state competition, which will be held May 20-21 at Penn State University’s Main Campus in State College.

The Pennsylvania Junior Academy of Science (PJAS) is a statewide organization of junior and senior high school students designed to stimulate and promote interest in science and mathematics among its members through the development of research projects and investigations.

Due to inclement weather, the students did not attend the Regional Meeting at Wilkes University. Instead, the students presented their projects to MMI faculty and volunteer judges, comprised of MMI PJAS alumni and parents who work in the sciences.

For 138 years, MMI Preparatory School has been providing dedicated area students with a comprehensive and inspiring 6th through 12th grade college preparatory program that maximizes each individual’s academic, social, and character potential in preparation for success in college and beyond. The school is accredited by the Middle States Association of Colleges and Schools Commissions on Elementary and Secondary Schools (MSA-CESS).  MMI is a school where every student can reach their full potential: academically, ethically, and socially. For more information about MMI Preparatory School, visit www.mmiprep.org or call 570-636-1108.