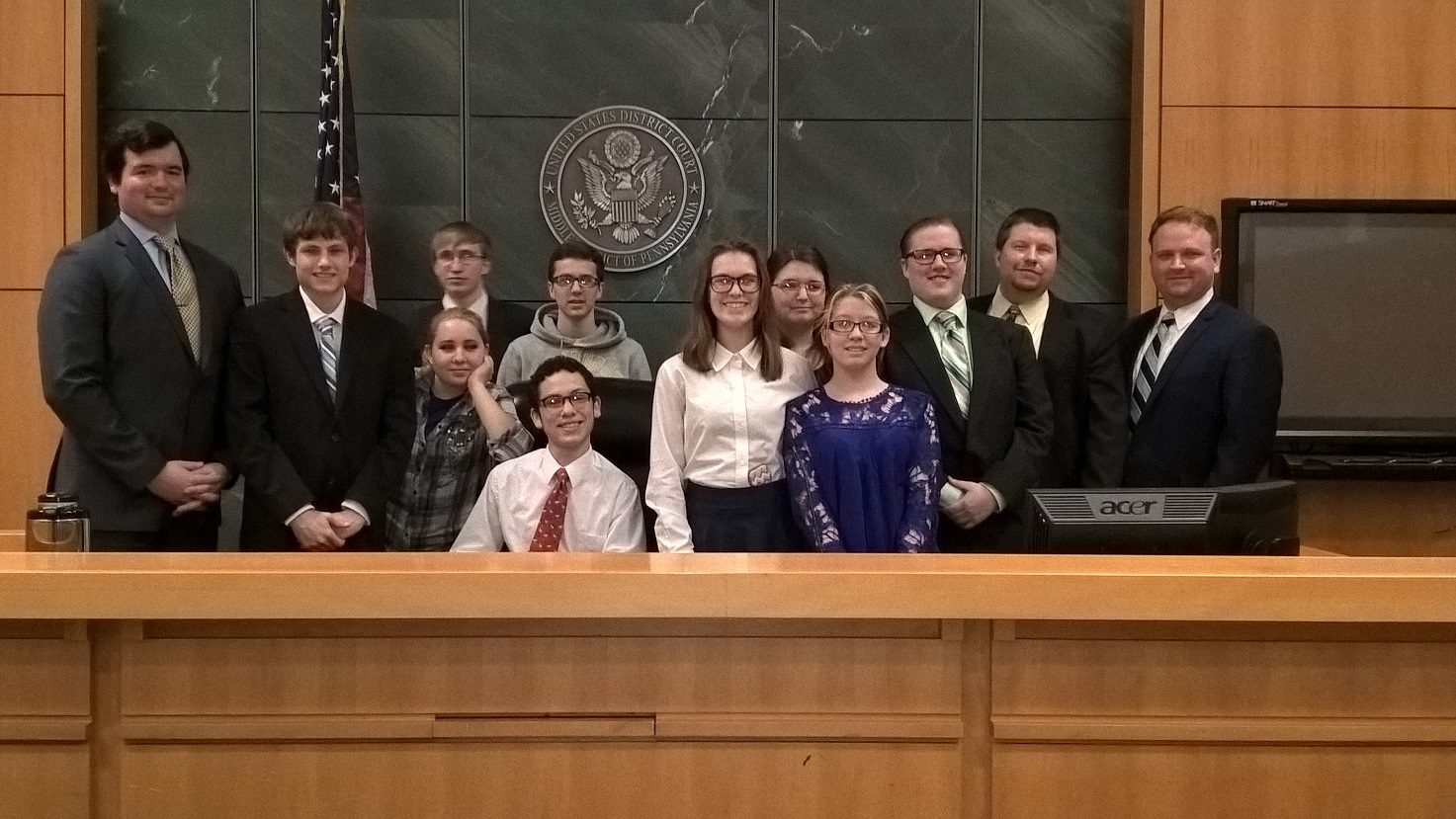 Congratulations to the West Scranton Mock Trial team for their outstanding performance on Tuesday, February 2 in the first round of the State Mock Trial competition.   The team competed for the first round against Honesdale High School, and made West Side Proud!

Those who competed on Tuesday were: