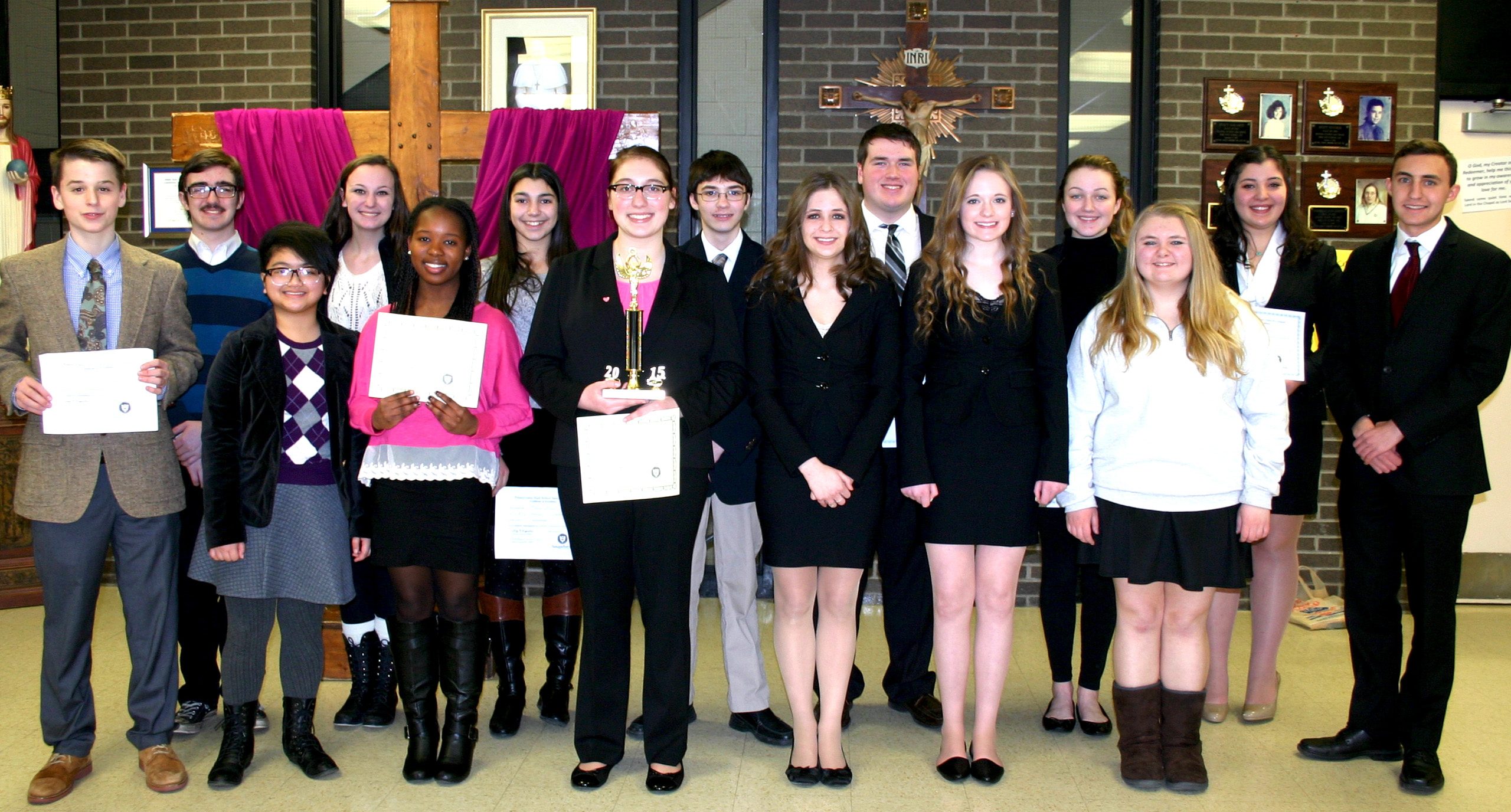 Holy Redeemer senior Brianna Scorey was named district champion in Persuasive Speaking, a speech that is prepared in advance and designed to influence thinking and beliefs. Brianna’s speech focused on the culture of rape and the need to change society’s perceptions and behaviors.

Freshman Thalia Charles was awarded second place in Commentary, a speech that expresses a view on an issue of political or social significance and is researched and prepared in 30 minutes. Commentary may be as long as seven minutes.