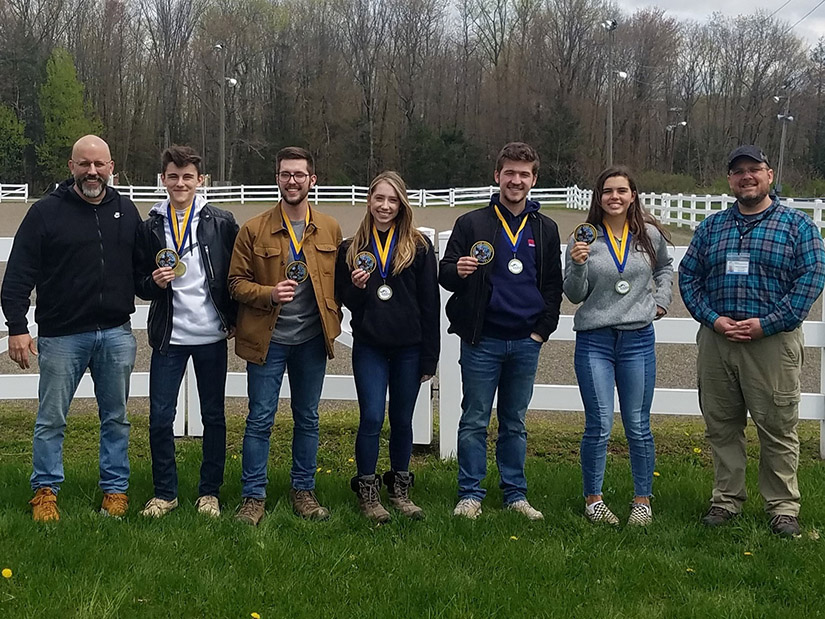 (Freeland, PA – May 13, 2019) – Forty-five MMI Preparatory School students placed in the top 26 during the regional Envirothon competition, including the team of Alexander Sessock, Kaitlyn McGeehan, Kai Mele, Dominique Kline, and Benjamin Putnam, who captured first place in the event. The winning team will represent MMI and Luzerne County at the Pennsylvania Envirothon state competition on May 21-22 at the University of Pittsburgh’s Johnstown campus.

The first-place team scored 399 out of a possible 500 points and finished with the highest overall score for the Forestry, Aquatics, and Wildlife category.

Michael Mele said, “I would like to congratulate all of the teams who competed this season and the time and effort they put in outside of class to represent all of us. The majority of the students who competed spent nearly an extra hour or two a day working with me after school for four weeks and this is the fruits of their labor. We will continue to work hard to prepare for the state event and proudly represent MMI.” MMI students have the ability to take Environmental Science in the Upper School but the School’s curriculum is designed to expose students across the grades to a variety of scientific topics, which they can then use in preparation for both the Envirothon and Pennsylvania Junior Academy of Science competitions.

During the state competition, MMI’s students will compete in field-testing using their knowledge in the five Envirothon topic areas – Soils and Land Use, Aquatic Ecology, Forestry, Wildlife, and Environmental Issues. In addition to knowledge on those topics, the team will also prepare and present a problem/solution under the current topic to a panel of six or seven judges.