MMI announces “Best of the Best” winner for the first semester 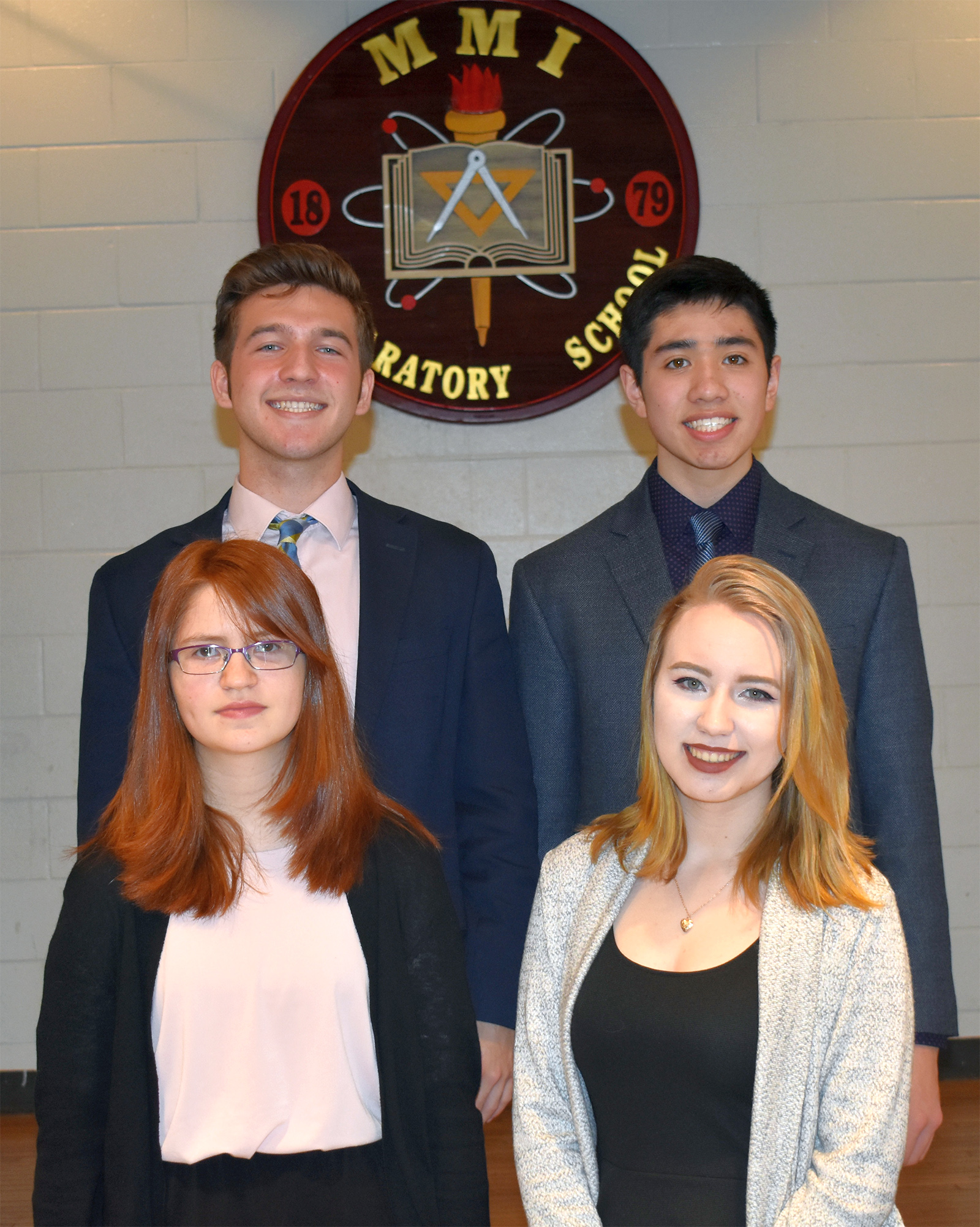 MMI announces “Best of the Best” winner for the first semester

Putnam, the son of Benjamin and Andrea Putnam of Sugarloaf, won the contest with his presentation entitled “Rules of Language.”

Sophomore Rachael Betz, the daughter of Dr. Amy Houm of Tamaqua and Richard Betz of Honesdale, discussed “Forensic Science.” Senior Catherine Havrilla, the daughter of Emily Havrilla of Mountaintop and the late James Havrilla, demonstrated “How to Improve Your Singing Voice.” Sophomore Connor Spencer, the son of Christopher and Christina Spencer of Mountaintop, presented on “The Limits of Energy.”

The “Best of the Best” assembly program, which is part of the MMI curriculum, is designed to help students improve and enhance their communication skills, important skills as they progress through high school, college, and beyond. The best student performances are presented twice a year to a joint assembly of both upper school and middle school students. MMI faculty members grade the presentations to determine the “Best of the Best.”

For 140 years, MMI Preparatory School has been providing dedicated area students with a comprehensive and inspiring 6th through 12th grade college preparatory program that maximizes each individual’s academic, social, and character potential in preparation for success in college and beyond. The school is accredited by the Middle States Association of Colleges and Schools Commissions on Elementary and Secondary Schools (MSA-CESS). MMI is a school where every student can reach their full potential: academically, ethically, and socially. For more information about MMI Preparatory School, visit www.mmiprep.org or call 570-636-1108.