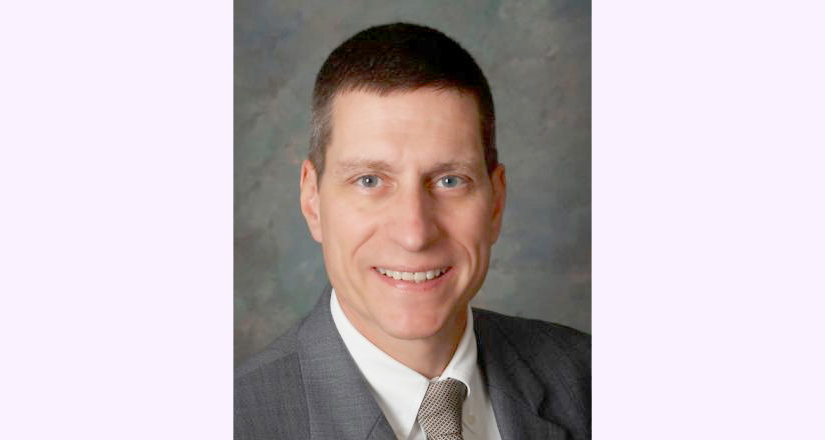 (Freeland, PA – May 9, 2019) – Andrew Krzywicki Straw ’75, the global portfolio manager for fiber optic connectivity product development for Corning Incorporated and a retired Army Reserve Colonel, will serve as the commencement speaker at MMI’s 2019 Commencement Ceremony on May 23.

In his role at Corning, Straw manages a portfolio of more than 50 development projects for fiber-to-the-home, data center, and distributed antenna system products. He has worked in the fiber optic communications industry for more than 30 years in a variety of engineering and management roles, including applications and field engineering, manufacturing, and research and development.

Straw was the salutatorian of MMI’s Class of 1975 and discussed science and the future in his graduation address. He spoke about the various problems and dilemmas that science needed to overcome as the Earth’s population grew. Straw’s speech noted the responsibility of science to supply food, space, energy, and the essentials necessary to maintain life on our planet.

During his graduation ceremony, Straw was awarded the Eckley B. Coxe Jr. Memorial prizes for scholarship and mathematics and was recognized for placing first in the senior division of the Luzerne County Mathematics Contest.

Straw said he was honored when asked to serve as the graduation speaker.

“I am thrilled to have been invited to give the Founder’s Address for the 127th commencement at MMI. Throughout my adult life, I have felt very close to the school, though distance has limited my personal involvement in alumni activities. I consider it a high honor to contribute to this significant event in the lives of the next cohort of MMI alumni.”

After graduating from MMI, Straw was awarded an Army ROTC college scholarship and studied mechanical engineering at Lehigh University.

Upon graduation with a Bachelor of Science degree, he was commissioned as an engineer officer in the United States Army and assigned to the First Cavalry Division. He later served as a general staff officer at Fort Monroe, Virginia, before leaving active duty in 1985.

He continued his military service as an Army Reserve officer, was recalled to active duty at the Pentagon in 2002, and retired from the Army Reserve in 2008.

Straw earned Master of Science degrees in Administration from Central Michigan University and in Strategic Studies from the U.S. Army War College and holds Professional Engineer certifications from both Virginia and North Carolina.

With such an accomplished career both in the military and in his various engineering roles, Straw cited the research and presentation experience that he learned while he was a student at MMI as impactful skills he carried with him throughout his life.

“In junior and senior social studies, each student was required to research and present a topic to the class every several weeks throughout the entire year. That experience, along with mandatory annual assembly presentations to the entire student body, built my confidence in public speaking. It is a skill that has served me well ever since as a student, a military officer, a business manager, and a community leader.

As he prepares to deliver his commencement address, Straw hopes to encourage and inspire the members of the Class of 2019 as they prepare to embark on their future.

“I hope above all to offer the Class of 2019 encouragement. I follow their achievements in the newsletter and on social media, and they have much of which to be proud. But I also remember that theirs can be an uncertain, challenging, and even scary time of life. Perhaps they will find something from my own journey inspiring as well. That would be icing on the cake!”

Straw, a former Drums resident, and his wife, Anita Doran, reside in Hickory, North Carolina, where they are active members of St. Luke’s United Methodist Church and avid supporters of the arts. In his spare time, he enjoys restoring antique automobiles.